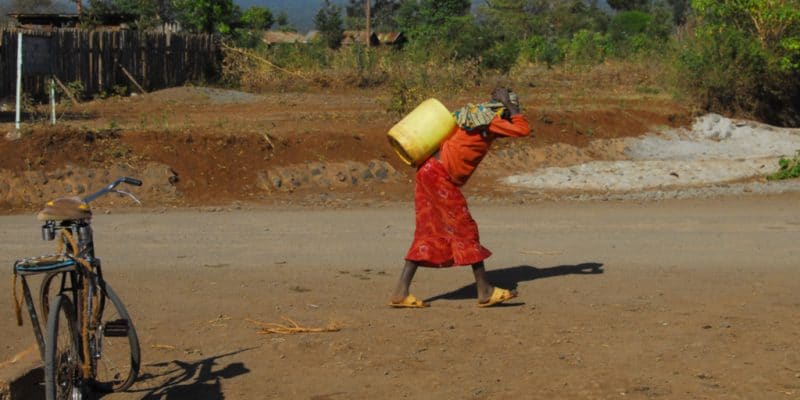 The National Water Company of Benin (Soneb) recently inaugurated drinking water infrastructures in Glazoué and Dassa-Zoumè, two small municipalities located in the south-central part of the country. The project was funded through Japanese cooperation

Drinking water is now flowing in Glazoué and Dassa-Zoumè, two small urban municipalities located in central south-central Benin. The precious resource is provided by the National Water Company of Benin (Soneb). The public company has just commissioned drinking water infrastructure. It is the outcome of the “Project for drinking water supply through groundwater exploitation in the Dassa-Zoumé and Glazoué municipalities”.

Soneb has increased the capacity of the Yawa, Affepia, Ogoudako, and Zongo boreholes in these two municipalities dating from the 1990s and 2000s. Until now, each of its infrastructures had a capacity of 20 m3 of water per day. Other boreholes have also been drilled with tanks for water storage. The capacity of the existing tanks has been increased to 75 m3. Finally, the quantity of water supplied in the two municipalities has increased from 240 m3 to 590 m3 per day according to Soneb.

The commissioning of drinking water infrastructure in Glazoué and Dassa-Zoumè was the subject of a ceremony attended by Samou Seïdou Adambi, Beninese Minister of Water and Mines and Kiyofumi Konishi as well as the Japanese Ambassador to Benin. The latter was present in south-central Benin because the government, which it represents, financed the project with 5.3 billion CFA francs, or more than 8 million euros.

Soneb has been working on the project since 2017. It is part of the “Vision for 2021 in the water sector”. This ambition was presented when President Patrice Talon came to power in Benin on April 6, 2016. The Investment and Development Bank of the Economic Community of West African States (ECOWAS) and the Kuwait Fund for Arab Economic Development (FKDEA) support this ambition. Together, they will invest 50 million euros in the programme. This amount, which is still being validated by Parliament, will be used to finance drinking water infrastructure in rural and urban areas.