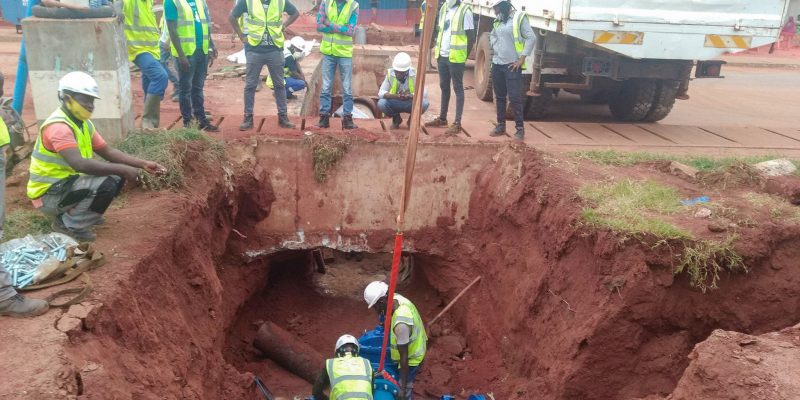 As part of its 2021-2026 five-year action program, the Beninese government plans to reform the Benin National Water Company (SONEB) by creating two separate structures. The objective of this split is to revitalize the drinking water sector in this West African country.

The Société Nationale des Eaux du Bénin (SONEB), which was created in 2003 following the separation of the two water and energy activities of the former Société Béninoise d’Electricité et d’Eau (SBEE), will soon no longer exist as such. On January 6, 2022, the Beninese government decided to separate its activities. This measure, which will soon be effective, was presented as part of Benin’s 2021-2026 five-year action program by the Minister of Mines and Water, Samou Seidou Adambi.

SONEB will now be made up of a heritage company and an operating company as in Senegal, where Sen’Eau is responsible for the operation and distribution of drinking water in urban and peri-urban areas in support of the Société Nationale des Eaux du Sénégal (SONES), a heritage company. The objective of this new reform is to improve water supply services in Benin. In the West African country, barely 30% of the population has access to drinking water in rural areas, compared to 57% in urban areas, according to the World Bank.

SONEB is under the supervision of the Beninese Ministry of Energy, Petroleum and Mining Research, Water and Renewable Energy Development. Currently, the public company is responsible for production, transfer, treatment and distribution in Benin’s 77 urban centers (chief towns). SONEB’s most recent initiative in the country is the connection of small and medium enterprises (SMEs) and small and medium industries (SMIs) to its water network. The project has facilitated access to drinking water and improved Benin’s business climate.

As part of its mission, Soneb also collaborates with several companies, including the Geoengineering Company of China (GCC), with whom it built the Ayédjoko dam in the Beninese city of Savè in 2020. The dam is built on a tributary of the Ouémé River, which originates in the Atakora Mountains. The infrastructure has a storage capacity of 2 million m3.