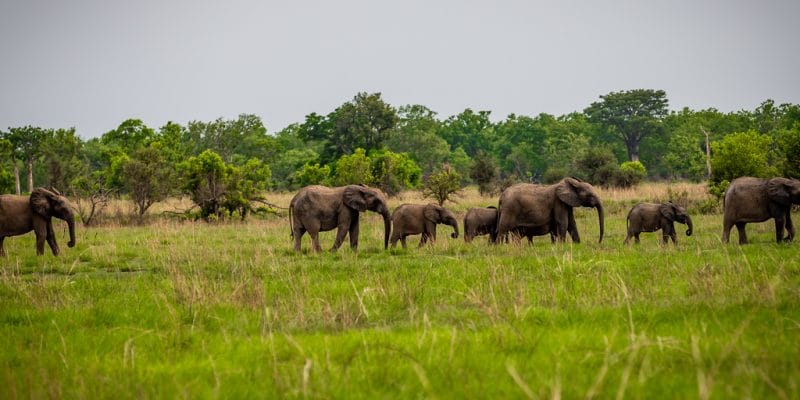 In Benin, the managers of the Pendjari and W national parks are completing the installation of satellite collars on 25 elephants and 14 antelopes. The initiative aims to improve the protection of these species, which are threatened by poaching and terrorism, and to reduce human-wildlife conflicts.

In Benin, the movements of part of the elephant and antelope population will now be tracked. This will be done thanks to satellite collars. In the W National Park, a protected area located between Benin, Niger and Burkina Faso, twenty elephants and four antelopes were recently equipped with these devices. They will make it possible to collect useful information to strengthen their protection, as well as their relationship with humans. Satellite collars have also been placed on five elephants and ten antelopes in the Pendjari National Park in north-west Benin.

The operation, which is now coming to an end, lasted three weeks. According to José Tonato, Benin’s Minister for the Living Environment and Sustainable Development, the experiment carried out by specialist veterinarians and national park teams will also promote ecotourism.

A project supported by several organisations

“The installation of satellite collars on elephants and antelopes in the W-Benin National Park was financed by the United Nations Educational, Scientific and Cultural Organisation (UNESCO) and The Elephant Crisis Fund. In Pendjari Park, the operation was supported by the Wyss Foundation, The Elephant Crisis Fund, the Wildcat Foundation, the West African Savanna Foundation (FSOA), and the National Geographic Society,” says African Parks, the conservation organisation that manages the two national parks.

In Pendjari, the wildlife conservation project using satellite collars is taking place while a project to rehabilitate and enhance the protected area is being developed. This initiative, launched in April 2020, will also make it possible to preserve important wetlands in the 4,800 km2 Pendjari National Park. These areas are essential for a number of local species, including cheetahs, buffaloes, various species of antelope and more than 460 species of birds.

The W National Park, which borders the Pendjari Park, also has a rich biodiversity. With a total surface area of 50,000 km2, in addition to the elephant and the derby elk (considered to be the largest antelope in Africa, editor’s note), it is home to mammal species such as the giraffe, the buffalo, etc. Numerous species of gazelles are spotted every day in the park by big cats such as the lion or leopard. Species of monkeys such as the Anubis baboon and the patas also benefit from the rich flora of the W-Benin National Park, which is a UNESCO World Heritage Site.