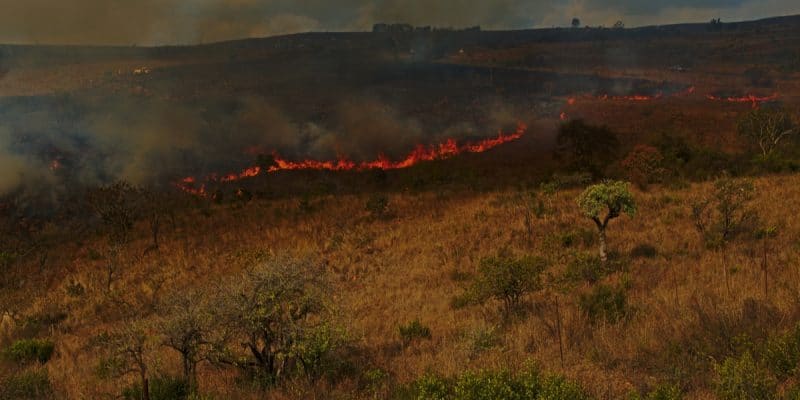 The early fire lighting period is underway in rural Benin. The operation, supervised by departmental prefects, aims to prevent the damage to biodiversity caused by the combination of climate and late fires.

Farmers in Mono, a department located in the southwest of Benin, have the period from November 15th, 2021 to January 15th, 2022 to proceed with the lighting of early fires in their respective plantations. After this period, any person who sets a bushfire will be punished by a fine of 50,000 to 100,000 CFA francs (about 153 euros) and imprisonment.

These provisions of Order No. 189/MCVDD/DAC/SGM/DGEFC/SA of October 25th, 2021, which sets the modalities and periods for lighting fires in the 12 departments of Benin, were reminded to the people of Mono on December 5, 2021. The local prefect, Robert Missikpodé, proceeded to the official launch of the period of early fire lighting in his administrative district. “The lighting of early fires (at the beginning of the dry season) promotes the development of young shoots so that at the end of the dry season, the fire does not create damage and does not destroy the micro fauna, pointing to the role that earthworms play in the fertility of a field,” explains Robert Missikpodé.

The ravages of late fires on biodiversity

For Beninese authorities, fires are less harmful to woody vegetation and the soil when they occur at the beginning of the dry season, when the grass is not yet completely dry. These are called early fires. Fires that are started when the grass is completely dry (late fires) are dangerous for nature. In these conditions, fires are very intense, especially if they are accelerated by the harmattan, a wind from the Sahara, very hot and very dry.

Read also-KENYA: Faced with drought, the State will restore land in 11 counties

In Sahelian areas such as south-western Benin, where the vegetation is characterized by a herbaceous layer that can be continuous and very thick at the end of a good rainy season, late fires are a major cause of deforestation. The Food and Agriculture Organization of the United Nations (FAO) estimates that over the past 30 years, late fires have destroyed more than 120 million hectares of tropical forest in Africa. In West Africa, mainly in the savannah belt, more than 60% of the forested area burns each dry season.