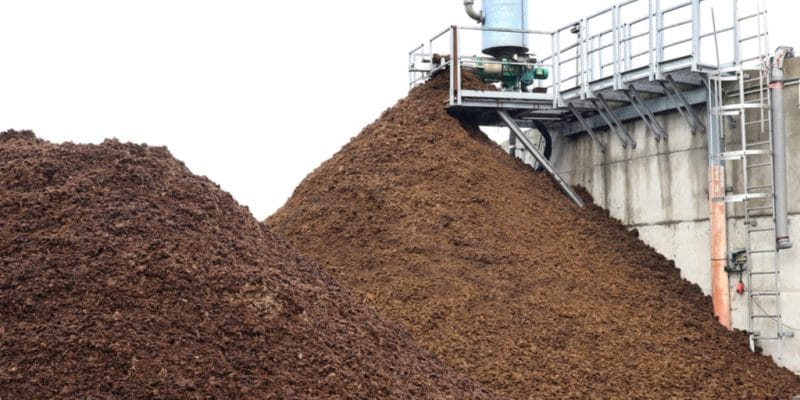 The Swiss ReBin Foundation has set up a pilot plant in Houegbo, in southern Benin, to produce biogas from waste collected from the population. It works, since the unit produces 200 m3 of biogas per week.

Houegbo is a small town located in the Atlantic Department, south of Benin. It has more than 10,000 inhabitants who depend on charcoal for heating and cooking. The population consumes nearly 164 tons of wood per week. A significant and especially worrying quantity in a context marked by the collective fight against deforestation.

A year ago, ReBin, a Swiss foundation dedicated to sustainable development, built a pilot plant in this small town that offers an alternative energy source for the population: biogas. ReBin has involved local populations in the project. In concrete terms, they bring their household waste to the plant in exchange for money or communication credit. “Our garbage has become gold. We no longer throw them into the bush. We sell them,” explains Alphonse Ago, who lives in Houegbo. Ten kilos of waste generate about 320 CFA francs, or 48 cents of euros.

ReBin’s decision to buy waste from the local population guaranteed the first success of the biogas plant, which covers an area of 1.3 hectares. Today, about a hundred households deposit their waste at the factory every day but the installation of the unit in this small town is much more strategic. Benin ranks fourth in the list of pineapple exporting countries in Africa. Houegbo is one of the country’s major hubs. The city’s market produces more than a ton of pineapple waste per day, according to the Swiss foundation. Before the plant was installed, the waste formed a pile of garbage in the centre of the market.

The foundation has therefore set up tricycles to transport the pineapple waste to the factory. As a result, ReBin manages to collect at least 6 tons of waste each week, which produces 200 m3 of biogas. This source of energy is then sold to the local population, which, according to the foundation, is “increasingly” adopting it. “Biogas allows much faster cooking and is less messy compared to charcoal,” says Mark Giannelli, ReBin’s founder. He explains that, “we will be able to create jobs and clean up our living environment by reducing the use of charcoal”. His ambition is to build biogas plants in Benin’s 77 municipalities.