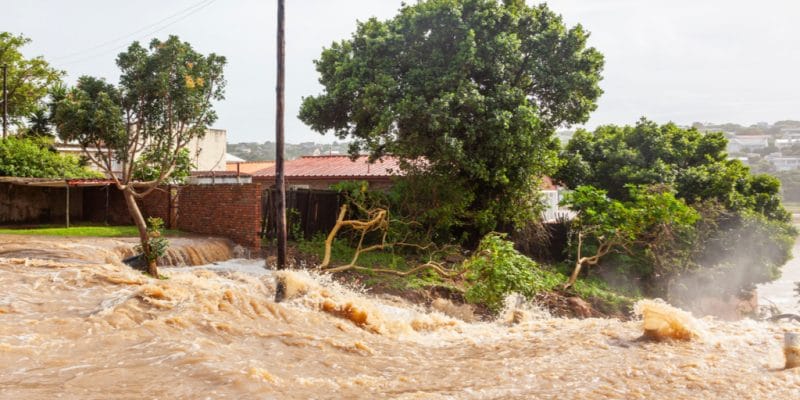 In the city of Cotonou in Benin, 150,000 people will benefit from new rainwater drainage systems financed by a loan from the Islamic Development Bank (IsDB). The financing approved on June 20th, 2021 amounts to $105.6 million.

The Islamic Development Bank (IsDB) is assisting Benin in the fight against flooding caused by heavy rains. Its Board of Directors has just approved the granting of a loan of 105.6 million dollars to this West African country. This loan is part of a $176 million financing approved on June 20th, 2021 by the IsDB for several countries, including Mauritania, Nigeria and Morocco.

The IsDB loan is for the installation of new stormwater drainage systems in Cotonou, the economic capital of Benin. With the funds, the Beninese authorities will build 13 km of collection channels, while paving 16 km of roads. These facilities will support existing drainage systems, enhancing flood control and ponding in Cotonou.

According to the IsDB, the drainage works in Cotonou will benefit 150,000 people, 51% of whom are women, in five municipalities. At least 600,000 jobs should also be created in the areas affected by the project.

In Benin, many other cities have experienced severe flooding. The most disastrous one occurred in 2010, according to the International Francophone Secretariat for Environmental Assessment (Sifee) in a study published in 2013. The rains caused flooding with devastating consequences in 55 of the country’s 77 municipalities. According to Sifee, 46 people died and more than 680,000 were affected, including 60,000 children. These floods are part of the consequences of climate change.

Read also – AFRICA: water, at the heart of the continent’s environmental challenges

To prevent such a phenomenon from happening again, the Beninese government is multiplying initiatives. The Rainwater Sanitation Project for Secondary Cities (PAPVS), which has just received support from the IsDB, provides for the extension and rehabilitation of primary and secondary rainwater drainage systems, as well as the rehabilitation of related roads in the cities of Sèmè-Podji and Abomey-Calavi. The PAPVS will also support stormwater drainage in six other secondary cities in Benin, namely Porto-Novo, Bohicon, Natitingou, Abomey, Ouidah and Parakou. In total, 800,000 people will benefit from the project.

The Beninese government has included the PAPVS in the framework of the Urban Environmental Management Emergency Project (PUGEMU), which aims to improve infrastructure and mitigate the negative environmental impacts of the 2010 floods in the Grand Nokoué region and to increase Benin’s level of preparedness for future floods.