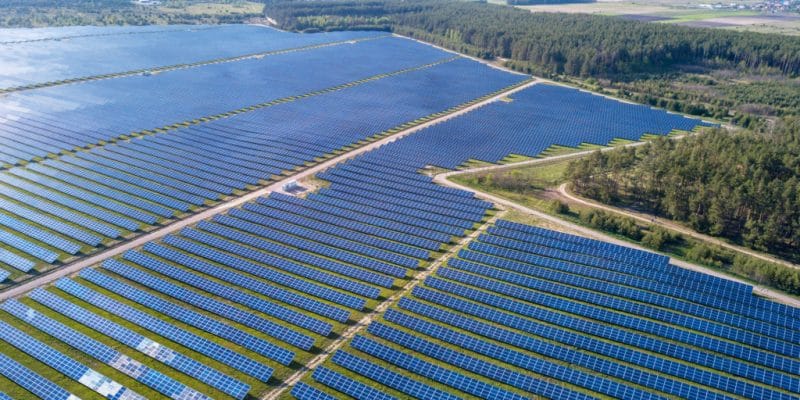 On the ground, the work is being carried out by Eiffage Énergie Systèmes, the energy branch of the French group Eiffage. According to its general manager for international activities, Ludovic Duplan, the work is already 60% complete. “The work is progressing according to schedule. Most of the equipment has been delivered. We are in the assembly and installation phase,” he explains.

Delivery of the plant in April 2022

Named Defissol, the Illoulofin solar project is being implemented on a 26-hectare site. Eiffage initially planned to install 47,212 photovoltaic modules of 530 Wp each, string inverters and six 3 MVA power transformation stations. The first phase of the photovoltaic plant under construction in the village of Illoulofin will produce 35 GWh of electricity per year, enough to cover the consumption of 180,000 people.

According to Eiffage, the plant will avoid the emission of 23,000 tons of CO2 equivalent per year, or 575,000 tons over the lifetime of the solar power plant, estimated at 25 years. The clean energy produced will be injected into the network of the Beninese Electricity Company (SBEE) from the Pobè source station. The Beninese government is financing the solar power plant through loans from the European Union (EU) and the French Development Agency (AFD). The first phase of the Illoulofin solar plant will be delivered in April 2022.