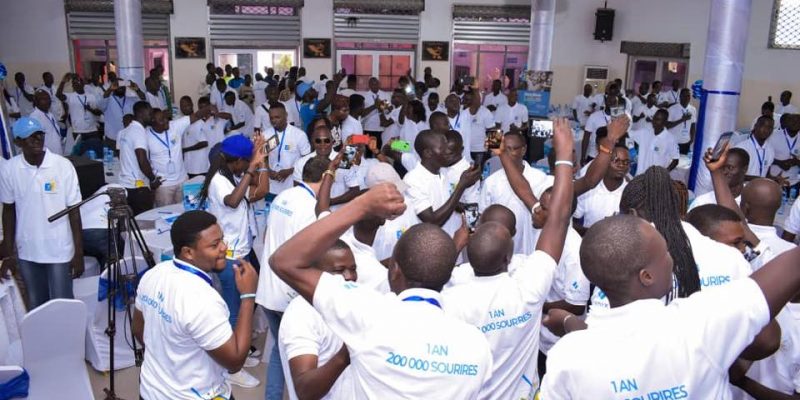 Fenix Benin's first ever annual review is remarkable. From November 2018 to November 2019, the French company specialising in the distribution of solar domestic systems equipped 40,000 households. Yet its leaders do not intend to stop there.

The Beninese team at Fenix International was not asking for more. Installing solar systems in 40,000 homes in its first year of operation is an achievement. “I am delighted that we are making a difference in the lives of 40,000 Beninese households, nearly 200,000 people, by giving them access not only to clean solar energy, but also to financial empowerment. This proves the strength of our Beninese team, which has grown very quickly and which I look forward to seeing further growth,” said Brian Warshawsky, CEO of Fenix International, in a statement.

The mission of the 140 employees of Fenix Benin is to provide clean electricity to isolated and private households connected to the electricity grid in this West African country where the electrification rate in rural areas is 16%. The equipment is in the form of domestic solar systems, consisting of a solar panel backed by batteries to store electricity to power (especially at night) low-power equipment of 10 to 50 watts such as a radio, television, telephone charger, and light bulb. To adapt to the limited financial resources of households, solar kits are paid for as they go along, via affordable payments by mobile payment.

After a satisfactory first year, the leaders of Fenix Benin do not intend to stop there. “We will continue to work tirelessly to light the next 40,000 houses, then the next 100,000, until all Beninese have a clean, well-lit house that is protected from the dangers of fossil fuel pollution”, said Philippe Robert, General Manager of Fenix Benin.

Fenix International, a subsidiary of Engie (a French energy industrial group), launched its activities in Benin on November 22, 2018. In the memorandum of understanding signed with the government, the company intends to expand its workforce to 1000 employees, in order to optimally cover the entire national territory. Benin is one of the new markets that Fenix International is currently conquering.

Currently market leader in Uganda and Zambia, Fenix is also expanding into Ivory Coast, Nigeria, and Mozambique. The aim is to popularise clean, stable and affordable energy on a continent where, according to the World Bank, more than 600 million people still do not have access to electricity.

In addition to lighting, solar energy also has the advantage of replacing CO2-emitting energy sources (lamp oil, candles and paraffin) used by some African households for lighting.