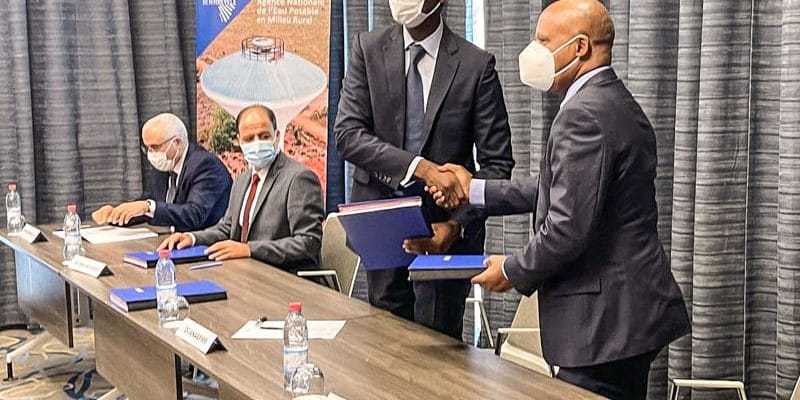 In Benin, the Beninese government has entrusted the operation of 421 drinking water supply systems (AEP) in seven departments to the consortium formed by Eranove, Uduma and Vergnet Hydro.

The partnership agreement between the Beninese state and the consortium was signed on 12 April 2022. It is made up of the industrial group Eranove, Uduma, the subsidiary of the French group Odial Solutions, and Vergnet Hydro. The agreement concerns the operation of drinking water supply systems in Benin. The aim is to ensure a continuous supply of drinking water for 9.3 million rural Beninese by 2030.

In this West African country, 70% of the population has access to drinking water in rural areas, 36% of which is supplied by network-type drinking water systems, according to Benin’s National Rural Drinking Water Agency. All of the drinking water facilities will be managed for the next ten years as soon as the leased service is taken over. The 421 water supply systems will serve 6.7 million people in the departments of Alibori, Borgou, Collines, Zou, Couffo, Mono, Ouémé and Plateau.

The drinking water supply project, driven by the Beninese National Rural Drinking Water Supply Agency (ANAEPMR), is part of the Beninese government’s investment programme. The initiative aims to ensure universal access to a quality drinking water service at an affordable price by 2030. The objective is also to fight against water-borne diseases such as cholera, dengue, diarrhoea, malaria, etc.