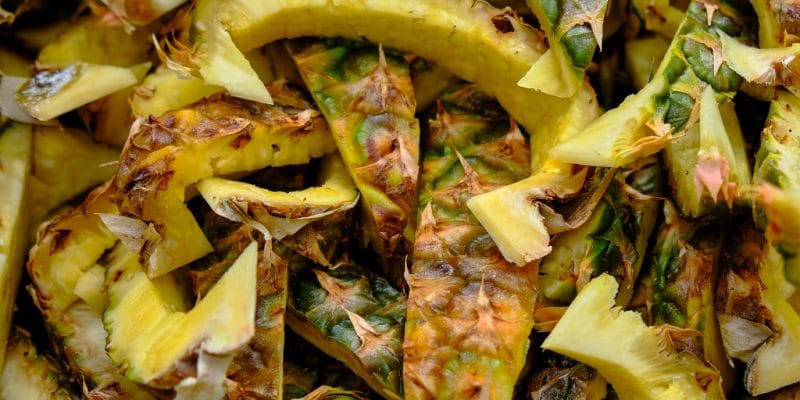 On 20 November 2020, the results of the national innovation competition for the valorization of by-products and residues of the pineapple “Inno-Valorana” were unveiled in Cotonou, the economic capital of Benin. The Belgian Development Agency (ENABEL) at the initiative of the project will finance the implementation of the five best innovations within the framework of its programme for the development of entrepreneurship in the pineapple sector (DEFIA).

Pineapple waste will soon be developed in Benin. The Belgian Development Agency (ENABEL), through its Pineapple Entrepreneurship Development Programme (DEFIA), will finance five pineapple waste recovery projects in this West African country. The projects were selected on 20 November 2020, at the end of the national innovation competition for the recovery of pineapple by-products and residues “Inno-Valorana”. The call for projects was launched on 23 July 2020 by DEFIA.

The projects selected in the framework of the “Inno-Valorana” competition will also benefit from technical support. These include the project for the production of mushrooms from pineapple processing waste. The initiative is being developed by Georgina Adjanohoun through her start-up Geant&CO. The organic fertilizer project for the Beninese seedling Biolife, made from pineapple residues, will also receive funding from ENABEL. According to the young entrepreneur Jelila Seho Blalogoe, her fertilizers will promote ecological agriculture in the country’s urban and per-urban areas.

The project for the production and marketing of biscuits made from pineapple-processing grains also attracted the attention of the jury of the “Inno-Valorana” competition. This innovation was presented by Déo Gracias Kiki through his Kideo nugget. Through her invention, the young entrepreneur wants to facilitate and improve the nutrition of children in Benin.

Laure Bonin Omoto Baba has the same ambition. Her start-up GABS Benin specializes in the production of pineapple powder from its pulp, as well as the dried heart of this tropical fruit native to South America. The latest project supported by ENABEL will result in the mass production of animal feed based on pineapple residues. The project is initiated by the start-up company Moustapha Gafarou.

“The DEFIA will also contribute to the implementation of the National Pineapple Sector Development Programme (PNDFA), in particular through the inclusive and sustainable strengthening of targeted value-added chains, their market positioning and the professionalization of the agro-entrepreneurs involved, as well as the creation of a favorable environment for value chain development and innovation,” says Wilma Baas, the manager of the DEFIA programme.

In Benin, national pineapple production has experienced a remarkable evolution, going from 51,000 tons in 2000 to 432,000 tons in 2014, a 74.4% growth in 15 years according to the Programming and Foresight Department of the Beninese Ministry of Agriculture. This production contributes around 1.2% of gross domestic product (GDP), 4.3% of primary sector GDP and is in third place behind cotton (25% of GDP) and cashew nuts (7.4% of primary sector GDP) according to Benin’s National Institute of Statistics and Economic Analysis (INSAE).