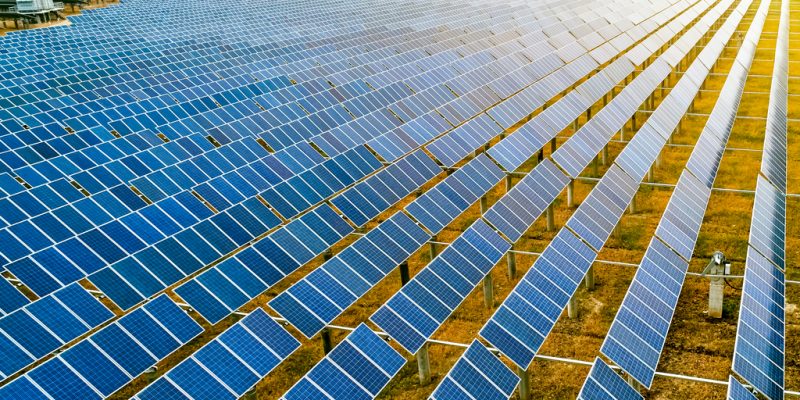 A 25 MWp photovoltaic solar power plant will be set up in Illoulofin, commune of Pobè. On 19 November 2020, the mayor of this commune, Dinan Simon, handed over a 96-hectare plot of land to the Eiffage RMT consortium.

The project to build a 25 MWp solar power plant and modernize the information system of the Société béninoise d’énergie électrique (Defissol) is undergoing further development. On 19 November 2020, the mayor of the municipality of Pobè, Dinan Simon, handed over a 96-hectare plot of land to the consortium responsible for building the solar power plant.

The solar plant to be built in the village of Illoulofin in Pobè will inject 35 GWh of electricity per year into the grid of the Société béninoise d’énergie électrique (Sbee), thus covering the consumption needs of around 180,000 people. Thanks to this solar project, Benin should reduce its CO2 emissions by 23,000 tons per year over a period of 25 years.

A project financed to the tune of 60 million euros

The project is being implemented by the French consortium Eiffage RMT. Construction of the 25 MWp solar power plant will take 15 months. It will be financed to the tune of 60.85 million euros within the framework of a partnership between the European Union (EU), the French Development Agency (AFD) and the Société béninoise d’énergie électrique (Sbee). “To date, the EU’s contribution amounts to €10.35 million. A 50 million euro sovereign loan has been granted by AFD and 0.5 million euros in equity by Sbee”, the EU says.

The second component of the Defissol project will lead to the complete modernization of Sbee’s information system, thereby improving its performance. Within this framework, a mechanism for electronic prepayment of electricity consumption through prepaid meters has already been introduced in the public company.

The Defissol project is one of the flagship projects of the Government Action Programme (GAP) of the President of the Republic of Benin, Patrice Talon. Defissol is also a component of the Prever I programme to promote the green economy in Benin (“Promoting the Green Economy in Benin”), launched in 2017. It is financed by the EU in partnership with AFD la Sbee and private sector actors in this West African country. Prever I supports the production and distribution of renewable electricity by reducing the costs of the national grid. The program also promotes energy efficiency in the productive sectors of the economy.

The Prever I programme has a portfolio of €138.52 million.