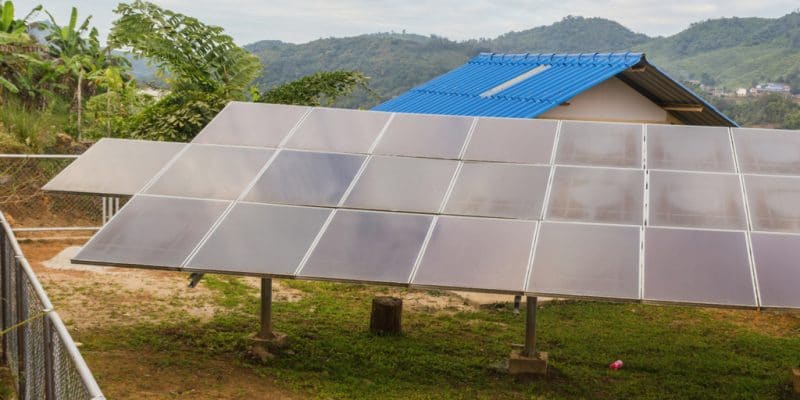 The ECOWAS Bank for Investment and Development (EBID) is providing $21 million (close to 13 billion CFA francs) to Benin. The funds will help electrify 750 socio-community infrastructures throughout the country using solar energy.

The project to electrify Benin’s urban and rural areas using solar energy is on track. The Beninese government has just obtained USD 21 million (approximately 13 billion CFA francs) from the ECOWAS Bank for Investment and Development (EBID) for the electrification of 750 socio-community infrastructures throughout the country. The financing agreement was signed on the 5th of March 2020 between the President of the EBID, George Agyekum Nana Donkor, and the Beninese Minister of Economy and Finance, Romuald Wadagni.

The project for the electrification of socio-community infrastructure concerns 11 of Benin’s 12 departments. “In the 11 departments, 336 health centres, 184 security posts and 230 general education colleges will be electrified thanks to this project through works powered by solar energy,” says Dona Jean-Claude Houssou, Benin’s Minister in charge of energy.

The project to electrify socio-community infrastructures is one of several designed to make up the country’s electricity deficit. In Benin, 75% of households do not have access to electricity.

Other electrification projects underway in the country

On the 5th of February 2020, the local solar solutions provider Aress signed an agreement in Cotonou with Millennium Challenge Account (MCA), a US fund for the electrification of 5,000 households in five departments of Benin. The installations will have a total output of 350 kW. The small solar power plants will meet the basic needs of the populations (lighting, recharging of mobile phones, radio, TV), but also for productive uses (cold and refrigeration unit, energy kiosk, service points, etc.). The project will be implemented over a period of two years, in regions where no connection to the electricity grid is planned before 2022. The populations will pay for the acquisition costs of their equipment over a period of 12 to 36 months using mobile banking technologies.