BENIN: Drinking water supply system for Toucountouna and its surroundings 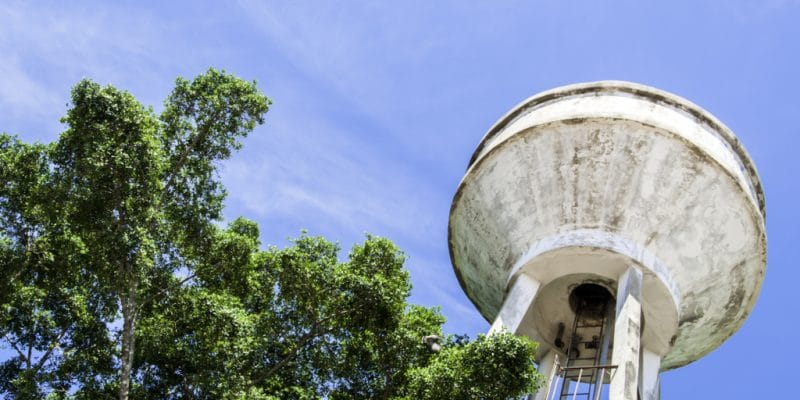 A drinking water supply system is under construction to supply 30,000 inhabitants of the town of Toucountouna and its surroundings. The project is being implemented by Benin's National Rural Drinking Water Supply Agency (Anaep-mr).

Sustainable cities and territories #25. Our series in partnership with the Africa-France 2020 Summit.

An investment of more than one million euros

At Toucountouna, PASAEP 24 will enable the construction of a water supply system consisting of three pumping stations connected to a 100 m3 water tower. The reservoir will serve 16 standpipes each equipped with 3 taps. Of these water distribution points, 14 will be installed in Kouba and two in Takissari. The National Agency for Rural Drinking Water Supply (Anaep-mr), which is implementing the project, plans to lay 29 km of pipes to connect households.

In all, the Toucountouna water supply system will serve the Takissari, Kouba, Kouarfa, Peperkou and Wabou localities. The water supply system is expected to provide drinking water to 30,000 people until 2040. Its construction will require an investment of 700 million CFA francs (over 1.06 million).

Other localities affected by the PASAEP 24

Several other areas will benefit from the project to improve 24 drinking water supply systems in Benin. One example is Agbohoutogon in the south of the country, where the government has earmarked a budget of 300 million CFA francs (over 457,000) for the construction of two village water supply systems. Each system will consist of a pumping station and a 12 m high water tower. Each reservoir will have a capacity of 30 m³ and will supply nine standpipes and households via a network of 11 km of pipes. The two village water supply schemes will provide drinking water to about 11,000 people.

In the Alédjo municipality in western Benin, a water supply system is currently under construction. It will consist of three pumping stations and a truncated-cone-shaped water tower built of reinforced concrete with a volume of 350 m³. The tower will be 21 m high and will be located in the locality of Chimberi. The water will be distributed to the population via a 5.5 km linear pipeline network of 14 standpipes each equipped with 3 taps. The National Agency for Rural Drinking Water Supply and Sanitation (Anaep-mr) will also rehabilitate 42 standpipes. In Alédjo, the Project for the Improvement of 24 Drinking Water Supply Systems (PASAEP 24) will benefit 50,000 people.