BENIN: Automatic solar-powered water troughs to be built in Savalou 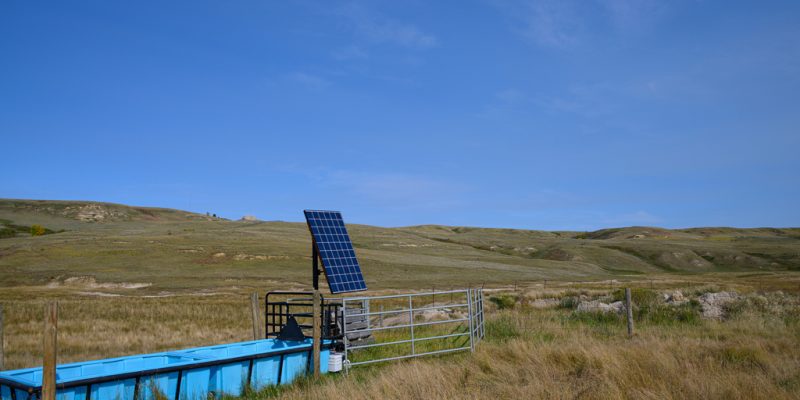 Several water troughs will soon be built for cattle herds around the Awiankanmè and Danmè reservoirs, two landlocked localities in the commune of Savalou in Benin. The objective is to settle the animals during the drought, while allowing them to drink from a good source.

Providing cattle in Awiankanmè and Danmè, two villages in the commune of Savalou in Benin, with water in all seasons, is one of the objectives of the water troughs construction project that will soon be implemented in these localities. The project will also make it possible to settle cattle herds during the drought to prevent the animals from destroying crops.

The installations will be automated and powered by solar energy. They will be built around the two water reservoirs of Awiankanmè and Danmè built in 2019. They have capacities ranging from 20,000 to 30,000 m³.

The Sustainable Livelihoods Project is executed by the Centre for Partnership and Expertise for Sustainable Development (Ceped) in Benin, with technical and financial partners the Global Environment Facility (GEF) and the United Nations Development Programme (UNDP). The project has already led to the construction of several intelligent infrastructures in the country. These help to relieve the population and maintain their income at reasonable levels. In Benin, agriculture employs around 70% of the population and climate change is having a negative impact on this sector with the scarcity of rainfall, drought and lower yields.

The setting up of market gardening sites and reservoirs is now a source of happiness for the populations of some localities in Benin, including Awiankanmè and Danmè. “Here in Awiankanmè, we were facing an increasing shortage of water. Through the Sustainable Livelihoods Project  project, the water reservoir was installed in our village. An area of 2 hectares has also been created. We highly commend this initiative. In addition to this infrastructure, we will benefit from training in market gardening,” says Roger Ahossi, the secretary general of the Savalou City Council.