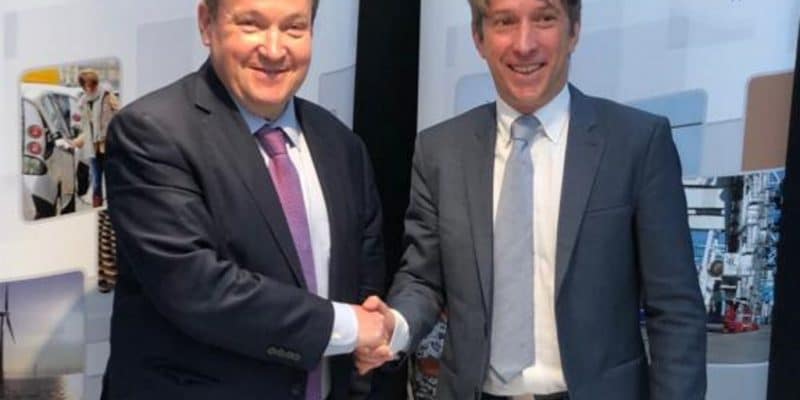 On the sidelines of the Africa Energy Forum (AEF) currently taking place in Brussels, Engie Energy Access signed a €10 million loan agreement with the European Investment Bank (EIB). This loan will allow the electrification of 643,000 people via solar home systems.

This is one of the first outcomes of the Africa Energy Forum (AEF) which opened on Tuesday 21 June 2022 in Brussels, Belgium. On the sidelines of this event, the European Investment Bank (EIB) signed a €10 million loan agreement with Engie Energy Access, the subsidiary of the French group Engie, specialising in rural electrification via stand-alone solar systems.

The loan is intended for Benin. In this West African country, this financing in local currency (the CFA franc, editor’s note) will support the electrification of 643 000 people, mainly in rural areas where the rate of access to electricity is still very low. With a population estimated by the World Bank at 12.12 million in 2020, Benin has an electricity access rate of only 41%. In rural areas, more than 90% of the population still has no access to electricity, according to Power Africa.

“For the first time, more than half a million people across Benin will be able to access electricity that will power communications, provide light and facilitate cooking,” says Ambroise Fayolle, the EIB’s vice president. In rural Benin, Engie will deploy 107,000 solar home systems. Generally equipped with a solar panel, an inverter and batteries for storing electricity, this system is made available to the household through a pay-as-you-go system now facilitated by mobile money.

Pre-financing thus allows even the most disadvantaged households to have access to electricity while gradually paying for their equipment. “The deployment of solar home systems will also reduce the use of paraffin, charcoal, candles and generators, which will help families save money, reduce pollution and reduce the risk of accidents. Unlocking sustainable economic and social development through off-grid solar is essential for Africa’s future and for reducing the impact of global energy shocks,” says Ambroise Fayolle.

The EIB granted the EUR 10 million loan to Engie Energy Access under its streamlined support initiative for off-grid energy investments in Africa. In addition to Benin, this initiative also benefits Mozambique, Uganda, Chad, the Democratic Republic of Congo (DRC) and the Comoros. It is also within this framework that Engie has obtained financial support from the EIB for its operations in Uganda.