Homepage » BENIN: an agreement between Qotto and Canal+ for solar-powered television

BENIN: an agreement between Qotto and Canal+ for solar-powered television 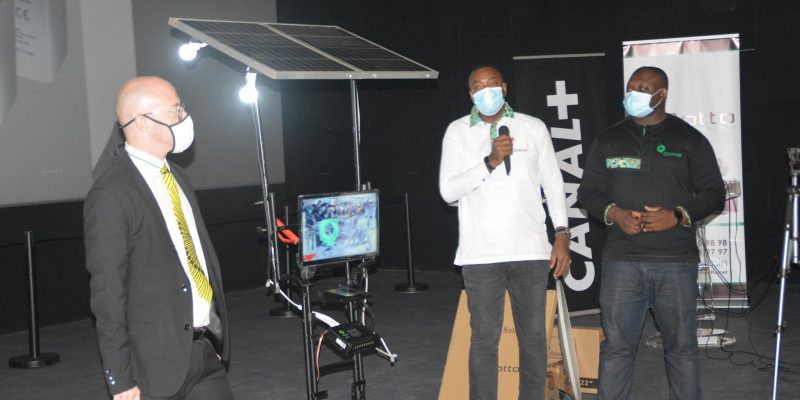 The solar home system provider Qotto Benin has just signed a partnership with Canal+, a French company specialized in the distribution of pay TV channels. The two companies will distribute the “Mivoo+” kit, together with decoders, satellite dishes and a “special package”.

Qotto Benin joins the list of Canal+ partners for solar-powered television in Africa. On 19 November 2020, the solar home systems provider Qotto Benin signed an agreement with the French company specialized in the distribution of pay TV channels.

It is the “Mivoo” solar kit, launched in August 2020 by Qotto Benin, which will be associated with the various Canal+ products. The system consists of a 100 W solar panel, two 480 Wh batteries, three LED bulbs and USB ports for recharging mobile phones. The “Mivoo” kit will be accompanied by a 22-inch television set, a Canal+ decoder and a satellite dish. The agreement will give the population the opportunity to obtain a three-year subscription to a “special” Canal+ package of 175 TV and radio channels.

The “Mivoo +” kit, a new offer from Qotto Benin and Canal+ will be available from December 2020. The solar home systems provider will use pay-as-you-go (pay-per-use) to facilitate the distribution of the “Mivoo +” kit to households in rural, per-urban and urban areas.

Qotto Benin is the second company to partner with the French company Canal + for solar-powered television in Benin. In September 2020, Fénix Bénin, the subsidiary of Fénix International, signed an agreement with Canal+ Bénin for the distribution of solar home systems accompanied by Canal+ decoders and satellite dishes to people in remote areas of the country; thus improving access to electricity and entertainment in rural areas.