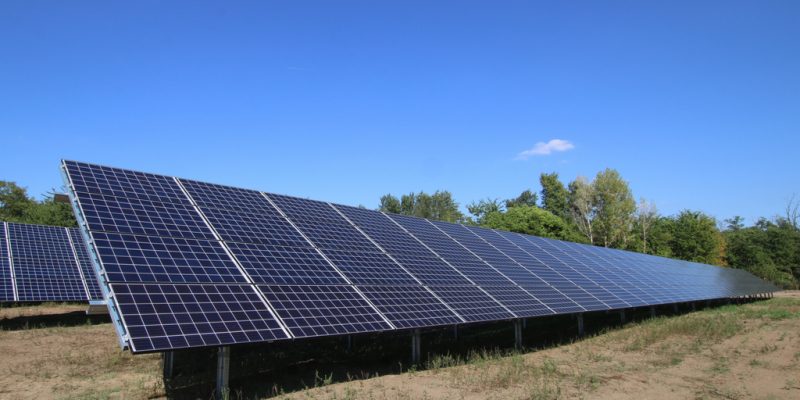 In Benin, the results of the Off-Grid Clean Energy Facility (OCEF) call for projects are known. At least eight projects for the construction, maintenance and operation of mini-solar and energy efficiency grids have been selected for an overall investment of more than $69.5 million. These projects were proposed by 11 companies.

Among these companies is Akuo Energy Africa, the subsidiary of the French company Akuo Energy, which has partnered with Power: On to propose a project for the construction, operation and maintenance of 10 hybrid solar mini-grids with a distribution network in 19 localities in the departments of Atacora and Donga in northern Benin. In the south of this West African country, a consortium formed by Energicity Corp and Comtel Sarl proposes the construction of 20 mini-solar grids to support the economic development of 20 localities in the departments of Zou, Couffo and Collines.

The electrification of several localities in the south of the country

The other projects were proposed by the giant Engie, which is investing more and more in the segment of solar mini grids, called Power Corner with its containerized solution. In Benin, the French company wants to install 22 solar photovoltaic systems in the Borgou, Donga and Zou regions. Among the successful bidders in the Off-Grid Clean Energy Facility (OCEF) call for projects is also a consortium formed by Electricians Without Borders, Songhai and Pamiga.

The Paras Energy & Natural Resources Development and Smart Roof Solar Solutions consortium project was selected by the OCEF. The same applies to the consortium GDS International, Aress and Blue Solutions; as well as WindGen Power USA and Sunkofa.

“In addition to the mini-grid projects, two solar home systems distribution projects and one energy efficiency project were selected. Together, these various initiatives will increase the electricity generation capacity by 13.4 MW and provide reliable and quality energy to 128 localities through solar mini-grids and 39 localities through solar home systems,” says the Off-Grid Clean Energy Facility (OCEF).

The solar kit projects are led by Bahaau Distribution, which aims to distribute the solar home systems to at least 2,500 households in the Collines, Zou, Donga, Borgou, Ouémé and Couffo administrative divisions. The company Qotto Benin proposes to distribute 8,800 solar kits throughout Benin.

In the energy efficiency sector, the OCEF has selected a project led by the consortium formed by Tolaro Global S.A.S, Innovation énergie développement (IED) and Invest/Nitidae. These companies want to implement an energy efficiency project in a cashew nut processing industry by replacing the electricity consumption of the Benin electricity company (SBEE) with self-generation from agricultural waste and the production of 500 kW of electricity through gasification. This process converts organic matter into a synthetic gas, which is burned to produce electricity.

To implement all of their electrification and energy efficiency projects, the 11 companies selected in the call for projects by the Off-Grid Clean Energy Facility will have to invest $69.5 million. These companies will be able to benefit from the financial support of Millennium Challenge Account, through its Millennium Challenge Account Benin II (MCA-Benin II) programme. This bilateral development fund (MCA) of the US government has committed to finance the various projects for a total amount of $27.9 million, which corresponds to 40.2% of the total cost of the investments planned by the companies. Solar system suppliers are expected to invest $41.6 million in equity to deploy their solutions in rural areas.