Homepage » ANGOLA: Towards the delegation of the management of Luengue-Luiana and Mavinga parks

ANGOLA: Towards the delegation of the management of Luengue-Luiana and Mavinga parks 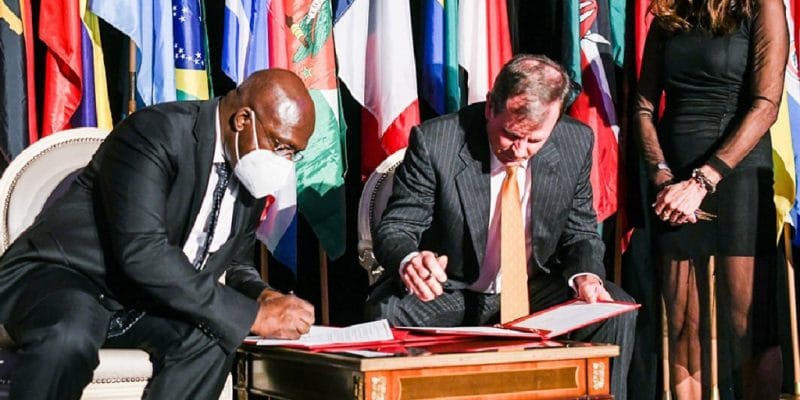 The nature conservation organization African Parks signed a memorandum of understanding with Angolan authorities to develop and conclude a 20-year agreement for the rehabilitation, management and financing of the Luengue-Luiana and Mavinga national parks created in 2011.

The Angolan government is taking an important step towards biodiversity conservation in the south of the country. At the U.S. Congress ICCF Awards Dinner for International Conservation Leadership, Luanda engaged with African Parks to develop and conclude a 20-year agreement for the rehabilitation, management and financing of Luengue-Luiana and Mavinga National Parks.

This is an important step towards the devolution of management of these contiguous biodiversity reserves located in the south-east of the country, on the border with Namibia and Zambia. Together, Luengue-Luiana and Mavinga National Parks form Angola’s largest biodiversity conservation area, covering an area of 90,000 km2. Like other Angolan national parks, Luengue-Luiana has suffered the consequences of conflict. If the park was relatively spared during the Angolan war of independence (1961-1974), the civil war that started immediately after independence (1975) and ended in 2022, was particularly devastating for the wildlife. The animals that escaped poaching were dispersed in the sub-region.

A difficult task for African Parks

During this war between the main liberation movements, including the National Union for the Total Independence of Angola (Unita) and the Popular Movement for the Liberation of Angola (MPLA), mines were laid throughout the region in what were then Luengue-Luiana and Mavinga game reserves. Since then, the Angolan government has set up a demining fund that also benefits the two biodiversity reserves.

For African Parks, the recent agreement demonstrates the Angolan government’s commitment to the conservation of local wildlife. “This memorandum is more than just an intention. It is a sign of commitment to work with a true partner of confidence (African Parks) that shares our vision, and in whom we trust to help us secure our natural heritage, which will benefit generations to come,” said João Lourenço, President of the Republic of Angola.

The support of the ICCF group

The signing of the Memorandum of Understanding between the Angolan government and the African Parks organization was facilitated by the ICCF Group, which works for biodiversity conservation by promoting political will and legislation. The group also played an important role in the delegation of the management of the Iona National Park to African Parks. This reserve is located in southwest Angola.

As for Luengue-Luiana and Mavinga national parks, the stakes are high. Their restoration would enhance the importance of these reserves, which already serve as the northwestern anchor of the Kavango-Zambezi Transboundary Conservation Area (KAZA TFCA). This 520,000 square kilometer protected area is located in the five border region of southern Africa. KAZA TFCA encompasses most of the upper Zambezi River basin and the Okavango River basin and delta. The area includes the Caprivi Strip in Namibia, the southeastern tip of Angola, southwestern Zambia, the northern wilderness of Botswana and western Zimbabwe.