Homepage » ANGOLA: Total Eren to head a consortium for a solar power plant in Quilemba 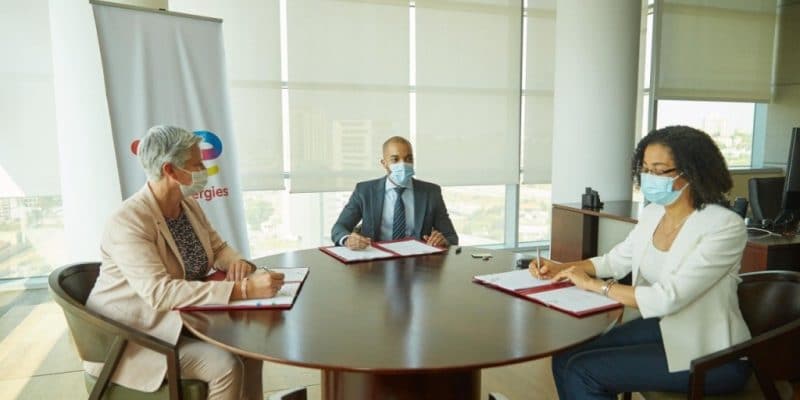 In Angola, the French company Total Eren has signed a shareholder agreement with the national oil company Sonangol and Angola Environment Technology (Greentech) to set up the company Quilemba Solar. The special purpose company will build a solar photovoltaic plant in Quilemba, in the southwest of Angola.

A solar power plant will be built near the town of Quilemba in Angola. This is the goal of Total Eren. The independent power producer (IPP), which 30% is owned by the French oil company Total Energies, has just signed a shareholder agreement with the Angolan oil company Sonangol and Angola Environment Technology (Greentech), a Luanda-based company. The three partners are setting up Quilemba Solar.

The company will be responsible for the construction of the future Quilemba solar photovoltaic plant. According to the agreement reached between the three parties, Quilemba Solar will be 51% owned by Total Eren, 30% by Sonangol and 19% by Greentech.

“This partnership will be crucial for the finalization of the development of Quilemba Solar as well as for the implementation of the project. Once commissioned, the solar park will provide significant fuel savings, compared to existing thermal power plants, and will increase the renewable energy production capacity in southern Angola, in line with the country’s strong ambition for the renewable energy sector,” says Total Eren.

The Quilemba solar photovoltaic plant will have a capacity of 35 MWp. For Sonangol, taking a stake in such a project demonstrates its commitment to Angola’s energy transition, as well as to environmental concerns and sustainability in the energy sector. Angola currently has an installed capacity of 6,113 MW, 56% of which is hydro-based, according to Power Africa. However, most of this production is located in the north of the country, leaving the far south in a state of energy poverty.

That is why the Angolan government is now working to reduce the energy gap between the north and the south, notably through a project to build an electric line financed to the tune of $530 million by the African Development Bank (AfDB). The solar project in Quilemba, a city located in the southwest of the country, is in line with the will of the Angolan authorities.