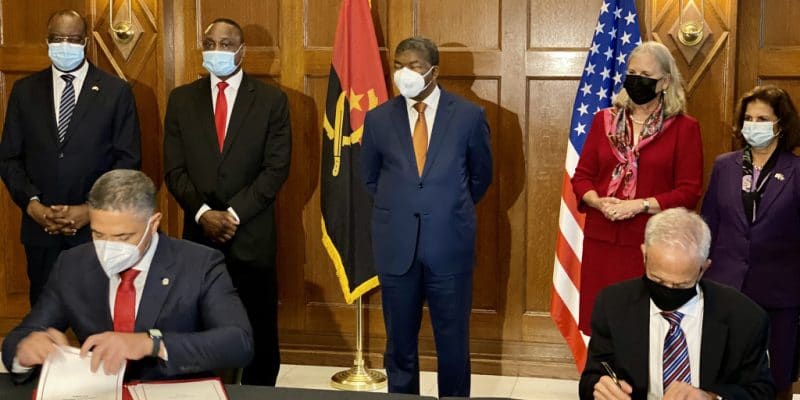 An agreement was recently signed between the Angolan government and Sun Africa. The U.S. Company will provide drinking water and install solar power systems in several localities in southern Angola. The project will be implemented in partnership with the American company Africa Global Shaffer.

This is one of the outcomes of the roundtable discussion recently initiated by the U.S.-Angola Chamber of Commerce. The U.S. Company Sun Africa has agreed with Angolan authorities for an investment of 1.5 billion dollars in the southern part of Angola. The funds will finance the installation of drinking water supply systems in this semi-arid region. The company, which already has a headquarters in the capital Luanda, will make these investments in the southern provinces of Cunene, Namibe, Cuando Cubango and Huíla.

Sun Africa plans to raise the necessary funds for its project from the U.S. Export Credit Agency (US Eximbank), a Washington-based financial institution that supports U.S. companies’ exports to various world markets. Part of the funds will be used for electrification, including all municipal headquarters and major municipalities in southern Angola.

While very few technical details are available at this time regarding this project, Sun Africa and its partner Africa Global Shaffer plan to achieve electrification via solar photovoltaic energy. After the signing of the contract, the period of execution of the project will be defined. The two companies already expect the project to last two years.

“The electrification of Angola will be done either by conventional solutions, with the extension of lines and the construction of substations, or by using solar energy. The United States is one of the leading countries in the installation of these systems, mainly in remote areas, where this solution is the most available and accessible,” says João Baptista Borges, the Angolan Minister of Energy and Water.

Read also- ANGOLA: AfDB approves a loan of US$ 530 million for hydropower transmission

The Angolan government wants to reduce the gap in access to electricity between the north and south of the country. Luanda is banking on the extension of the national electricity network in the southern cities. Thus, as part of the first phase of the Energy Sector Efficiency and Expansion Program (ESEEP), the Angolan government has obtained a loan of $530 million from the African Development Bank (AfDB). The objective is to transfer part of the hydroelectric power massively produced in the north to supply the south of the country. According to the United States Agency for International Development (USAID), the central African country has an electricity access rate of 45%, with only 6% in rural areas.