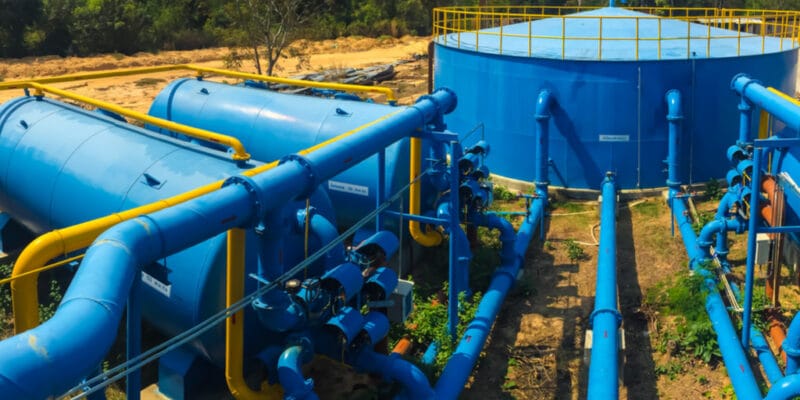 During a recent visit to Luanda in Angola, the president of Afreximbank announced an overall investment of US$1.3 billion in the coming months. These funds are expected to support development initiatives, including the project to supply drinking water to Luanda from Bita.

The time has come for economic recovery after the Covid-19 pandemic in Angola. The Central African country will be able to count on the support of the African Export-Import Bank (Afreximbank). This is what its president Benedict Oramah said during a recent visit to Luanda. Following a meeting with Angolan President João Lourenço, Benedict Oramah announced an investment of 1.3 billion dollars in Angola.

These funds will be invested in priority projects for the country, notably the Lobito rail corridor project, which will require an investment of 3 billion dollars, and the drinking water supply project for the capital Luanda, the cost of which is estimated at 900 million dollars. This is a mega drinking water project, and also one of the most important on the African continent in terms of cost and infrastructure. Contracts for this project have already been awarded, notably to a consortium led by French giant Suez.

The aim of this mega-project is to strengthen the water supply to the populations of the capital from Bita, a locality 40 km from Luanda, where Suez has started the construction of a drinking water plant with a capacity of 260,000 m3 per day. This plant will operate thanks to a water intake installed in the Kwanza river which passes near the capital Luanda before flowing into the Atlantic Ocean. Suez is implementing the project in partnership with Mota Engil, a Portuguese construction company, and Soares da Costa, a civil construction company based in Porto (Portugal).

The project to supply drinking water to Luanda from Bita will also involve laying 82 km of water mains to supply four new distribution lines in targeted peri-urban service areas, currently not supplied, south of the capital Luanda. These are Cabolombo, Mundial, Ramiros and Bita. The main lines will also be extended to supply two existing but undersupplied distribution centres in the suburbs of Luanda. Soon the communes of Camama and Benfica will no longer be supplied by tankers.

In addition to Afreximbank, the Luanda drinking water project which will benefit 7.5 million people is also financed by the International Bank for Reconstruction and Development (Bird), a subsidiary of the World Bank Group, and by Bpifrance, a French public body for financing and business development.