Homepage » ANGOLA: in the enclave of Cabinda, CRCC supplies water to 600,000 people

ANGOLA: in the enclave of Cabinda, CRCC supplies water to 600,000 people 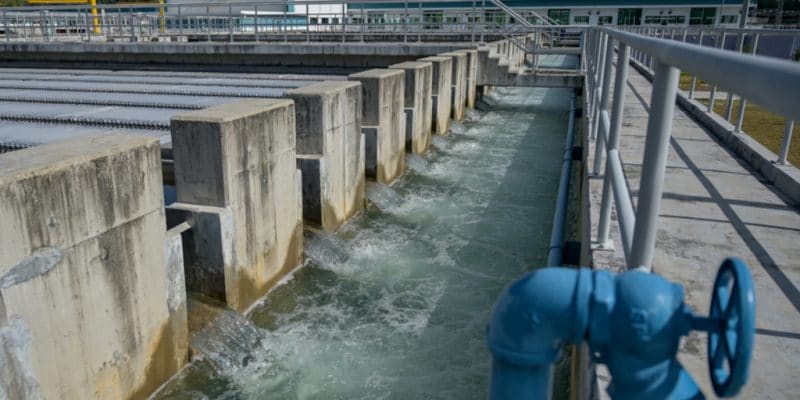 The China Railway Construction Corporation (CRCC) has just completed the Cabinda water supply project in Angola. The new facilities were built as part of the project to supply 600,000 people in this enclave in the far north of the country.

It is one of the largest drinking water projects implemented in Cabinda in recent years. The authorities have awarded the work to the Beijing-based China Railway Construction Corporation (CRCC). The project is thus delivered after approximately two years of work. “During the Covid-19 outbreak, the company maintained its construction schedule while taking effective measures to prevent and control the epidemic,” says the Chinese government’s Public Assets Supervision and Administration Commission (SASAC).

Over the past two years, the Chinese state-owned company has built a 50,000 cubic metre drinking water plant supplied via a river intake near Sassazawu. The Cabinda drinking water supply project has also enabled the construction of several square reservoirs and the laying of 40 km of water mains. CRCC also built a unit for the treatment of sludge from the Sassazawu drinking water plant.

According to SASAC, the China Railway Construction Corporation has also provided vehicles to local companies for the distribution of drinking water in this landlocked territory between the Republic of Congo (DRC) and Congo (Brazzaville). The implementation of this project cost $120 million. According to the Forum for Economic and Commercial Cooperation between China and Portuguese-speaking countries (Macao), the new installations financed by Beijing provide drinking water to 600,000 people, i.e. 92% of Cabinda’s population (more than 801,000 inhabitants in 2018).

The new drinking water production and distribution facilities are expected to operate with a new water main recently laid by the local authorities, as part of the project to strengthen the water supply system of the city of Cabinda. The town’s main pipeline is 88 km long, laid 6 m underground, with 9 primary distribution rings.