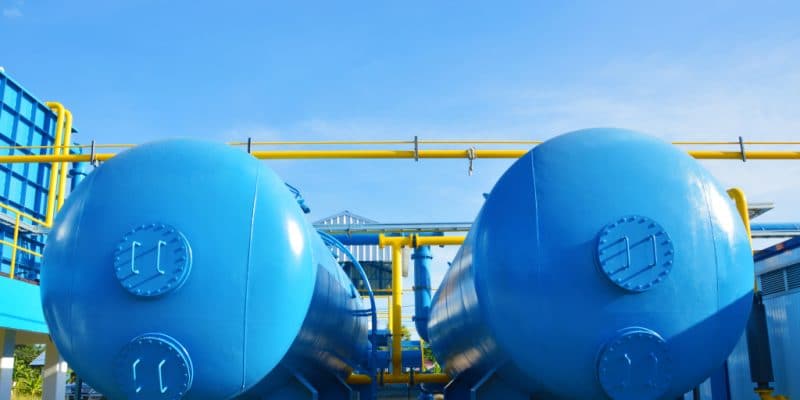 The Africa Trade Insurance Agency (ACA) is issuing a US$351 million guarantee for loans obtained by the Angolan government for the implementation of the Bita drinking water mega project. The project is expected to provide drinking water to 2 million people in and around the Angolan capital Luanda.

The USD 351 million guarantee issued by the Africa Trade Insurance Agency (ATI) is intended to cover losses in excess of the partial guarantee provided by the World Bank, allowing the project to reach financial close. In the context of the Bita drinking water project, the Angolan Government has received commitments from other development finance institutions.

This is the case of the African Export-Import Bank (Afreximbank), which has announced its willingness to finance the project as part of the post-Covid-19 recovery in Angola. The Angolan authorities have also received a promise of funding from the French Development Agency (AFD). The project is also supported by private banks, including Standard Chartered of England, as well as France’s Société Générale, Crédit Agricole Corporate and Investment Bank of the Crédit Agricole Group, and BNP Paribas.

Despite the Covid-19 health crisis, which has severely impacted Angola’s economy due to falling oil prices and production, the Angolan government has continued to implement the Bita drinking water project. This is a strategic project that aims to address water shortages in and around the capital Luanda in a sustainable manner.

The overall project involves the construction of a 260,000 m3 drinking water plant in Bita, a town located 40 km from Luanda. The plant will operate through an intake installed in the Kwanza River, which flows past the capital Luanda before emptying into the Atlantic Ocean. The project also aims to lay 82 km of water mains to supply four new distribution lines in currently unsupplied peri-urban areas south of the capital Luanda. These are Cabolombo, Mundial, Ramiros and Bita. Water mains will also be extended to supply two existing but undersupplied distribution centres in the suburbs of Luanda. Also, the municipalities of Camama and Benfica will no longer be supplied by tankers.

Reform of the public water companies

“This project is essential to Angola’s development objectives, as it will bring a safe and reliable water service to southern Luanda. This project is also an excellent example of an innovative blended financing solution using World Bank guarantees and ACA insurance, which has reassured the financial markets and helped secure the financing,” says Sebnem Erol Madan, the World Bank’s Practice Manager for Infrastructure Finance, PPP (Public Private Partnership) and Guarantees.

According to the ACA, its guarantee will also mitigate the risk of non-payment by the Angolan government of the debt incurred for the construction of the future facilities. According to the Angolan Ministry of Finance, the Bita project has already triggered an expansion for the reform of public enterprises in the water sector. “In the context of recent tariff reforms that aim to enable efficient cost recovery and, at the same time, phase out operational subsidies, the project will in fact support the necessary efficiency gains at the Luanda Public Water Company (EPAL),” the Angolan Ministry of Finance says.