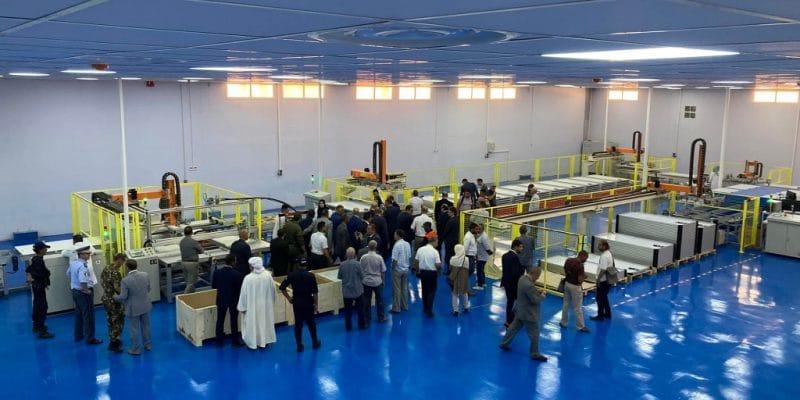 The Algerian company Zergoun Green Energy is officially commissioning its solar panel production plant in Ouargla. The plant, which has a production capacity of 180 MW of solar panels, will equip the clean energy plants being developed in Algeria.

A solar panel production unit is operational in Algeria. The factory was recently inaugurated by Zergoun Green Energy. It was attended by officials from the Algerian Ministries of Industry and Mines, and of Energy Transition and Renewable Energies. The facility is located in Ouargla, a city in the north-eastern part of the Algerian Sahara, more than 780 km from the capital Algiers.

The new unit covers a 9,200 m2 site and is equipped with equipment capable of producing 5 and 6 bus bar M3 mono PERC modules with 405-415 Wp for an annual capacity of 200 MW. Although its factory is 95% automated, Zergoun Green Energy estimates that the installation will create 150 direct jobs. This is why the company has entered into partnerships with the University of Ouargla and the Centre for the Development of Renewable Energy (CDER).

A springboard for the “Solar 1000 MW” project

Read also- ALGERIA: a call for tenders for 1,000 MWp of solar photovoltaic plants

For Benattou Ziane, the Algerian Minister of Energy Transition and Renewable Energies, the new factory will contribute to the realisation of the largest solar energy project developed in Algeria. The “Solar 1,000 MW” project, which is currently the subject of a call for tenders, aims to create an installed capacity of 1,000 MWp through several solar photovoltaic power plants with capacities ranging from 50 to 300 MWp.

The solar panel manufacturing plant in Ouargla, which should see its capacity increase by 300 MW, is part of a series of projects registered by the Commissariat aux énergies renouvelables et à l’efficacité énergétique (CEREFE), aiming at a local production of solar panels. A similar facility is expected to produce 100 MW of solar module production capacity in the Boukherana industrial zone, near Chelghoum El Aid, 400 km from the capital Algiers. This unit belongs to the Algerian company Milltech, which also wants to join forces with its compatriot Zergoun Green Energy in order to pool purchases of raw materials.