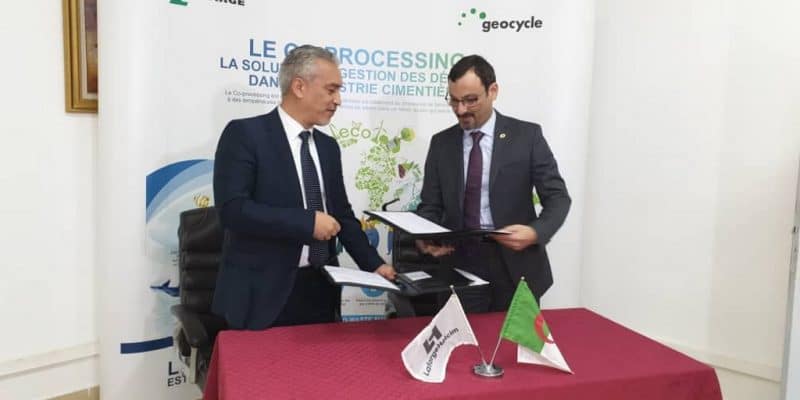 Tosyali Algeria, the subsidiary of Tosyali Holding, a Turkish iron and steel producer, has entrusted the management of its waste to Lafarge Algeria. The Algerian company will recycle this waste into secondary raw material and electricity for the operation of its plants.

The Turkish group Tosyali is banking on waste recycling to reduce its environmental impact in Algeria. This approach will be implemented by Lafarge, with whom the steel group has just signed a partnership agreement.

Lafarge’s Algerian subsidiary, which specializes in the production of cement and ready-mix concrete, will recycle Tosyali Algeria’s industrial waste, collected in its plant located in Bethioua, in the town of Oran, into secondary raw material. Lafarge will use this raw material in its cement plants as a substitute for quarried iron ore, a non-renewable and scarce rock at national level.

Lafarge will collect part of the iron sludge from the Bethioua steel plant, which has a production capacity of between 50,000 and 70,000 tons per month. This scrap will be transferred to its industrial waste treatment plant near the Oggaz cement plant in Mascara province. The facility is designed to process an average of 2 tons of industrial waste per day.

In addition to preserving iron ore and combating industrial pollution in Algeria, this recycling project will also enable the production of electricity for the operation of Lafarge’s plants. To reduce its environmental impact, the Tosyali group is also implementing 100 research and development projects focused on the production of low-carbon steel worldwide, says its director Ibrahim Alciboga.