Homepage » ALGERIA: The Palm Beach seawater desalination plant is back in service

ALGERIA: The Palm Beach seawater desalination plant is back in service 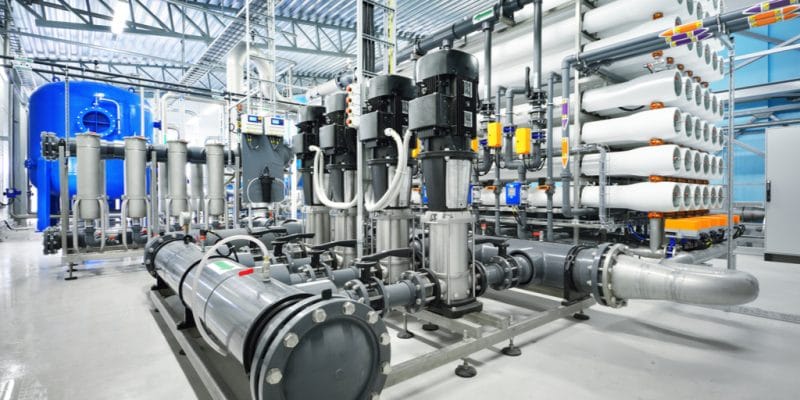 The building and public works group (BTP) Cosider is delivering the Palm Beach seawater desalination plant, after several months of closure for rehabilitation and extension works.

The Palm Beach seawater desalination plant is back in service since August 19, 2021, at a time when Algeria continues its fight against drought due to its arid climate and climate change. The plant, located in the wilaya (province) of Tipaza, now produces 7,500 m3 of drinking water per day, compared to 2,500 m3 before the expansion work.

The reverse osmosis plant is capable of supplying 50,000 people per day. This contributes to meeting the drinking water needs of the population in Palm Beach and the surrounding areas. According to a World Bank report on the development of the Middle East and North Africa (Mena), an Algerian receives barely 500 m3 of water per year, the same as a Tunisian or a Djiboutian.

Cosider has implemented the rehabilitation and extension of the Palm Beach seawater desalination plant. The Algerian building and public works group (BTP), headed by Lakhdar Rekhroukh, is 100% owned by the Société Nationale de Sidérurgie (SNS), following the latter’s purchase (in 1982) of the shares of its Danish partner Christiani et Nielsen.

Improvement of the drinking water supply

With the re-commissioning of the Palm Beach desalination plant, the Société de l’eau et de l’assainissement d’Alger (Seaal) improved its production capacity. The public company, owned by Algérienne des Eaux (ADE) and the Office National de l’assainissement (ONA), has operated the plant since 2004. Algeria has a number of operational seawater desalination plants. These installations are spread over nine wilayas (Chlef, Tlemcen, Algiers, Skikda, Mostaganem, Oran, Boumerdès, Tipaza and Aïn Témouchent) and provide 17% of the drinking water consumed in the country, i.e. a capacity of 2,110,000 m3 per day.