Homepage » ALGERIA: the drop in the level of the Koudiet Asserdoune dam puts 4 wilayas at risk

ALGERIA: the drop in the level of the Koudiet Asserdoune dam puts 4 wilayas at risk 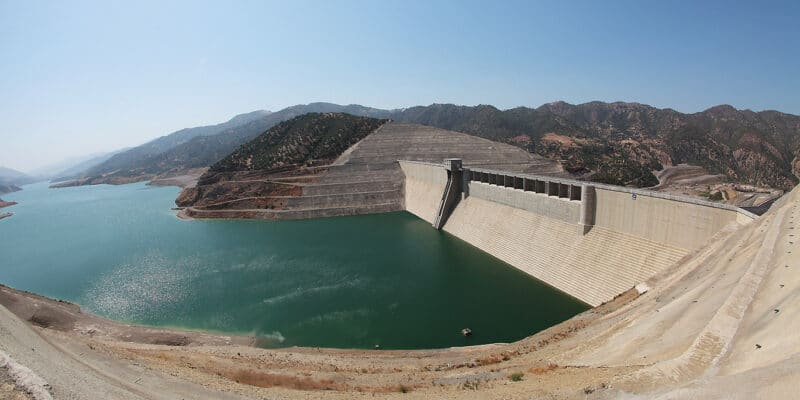 In Algeria, climate change is mainly manifested by the lack of rainfall. In some parts of the country, water resources are poorly exploited. This situation has led to the drying up of the Koudiet Asserdoune dam, which has a storage capacity of 640 million m3. The structure, located on the Isser wadi, is the main source of drinking water for at least four wilayas.

Some 4 million people living in the wilayas of Bouira, Médéa, Tizi Ouzou and M’Sila in Algeria are virtually deprived of drinking water. The Koudiet Asserdoune dam, located in the Maala council, wilaya of Bouira, which used to supply these populations, no longer has enough water. The dam, built by the French company Razel-Bec between 2002 and 2008, has an annual filling capacity of 640 million m3.

The Algerian Minister of Water Resources, Mustapha Kamel Mihoubi, who made this observation, also noted the very low level of rainfall in the country in 2021. According to our colleagues from Algérie-éco, the volume of water remaining in the Koudiet Asserdoune dam is only 5.82% compared to 9% in February 2021.

The decrease in rainfall in Algeria is a consequence of climate change. Like the Koudiet Asserdoune dam, the reserves of the Lakhal wadi (river) in the wilaya of Bouira are dwindling. Its filling level is barely 23.3% compared to the initial 30 million m3.

In addition to the rational use of water reserves in Algeria, the government is proposing the collection of rainwater, although rare, to fill the dams. “This solution has already made it possible to bring a volume of 60,000 m3 of water to the Taksebt dam in the wilaya of Tizi-Ouzou,” says Mustapha Kamel Mihoubi, the Algerian Minister for Water Resources. The advantage of this system is that it reduces the risk of production losses due to water shortages, improves aquifer recharge and allows crop growth in areas where rainfall is generally insufficient or unreliable.

The Algerian government is also experimenting with inter-dam transfers, as well as the implementation of seawater desalination projects. In the North African country, 11 seawater desalination plants already exist and are distributed in 9 wilayas. These are the wilayas of Chlef, Tlemcen, Algiers, Skikda, Mostaganem, Oran, Boumerdès, Tipaza and Aïn Témouchent. These reverse osmosis plants have a capacity of 2.11 million m3/day, i.e. nearly 770M m3/year.