Homepage » ALGERIA: Oil sites, 80% solarised by 2030, will continue to be extracted

ALGERIA: Oil sites, 80% solarised by 2030, will continue to be extracted 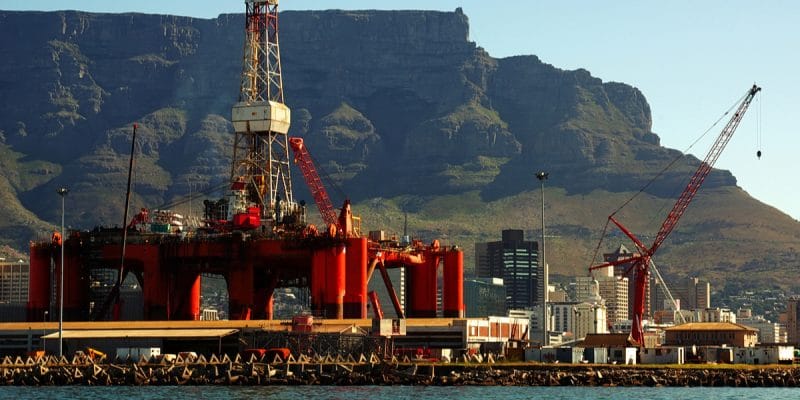 The Algerian Minister of Energy, Mustapha Guitouni, gave details about the implementation of the programme to generalise the application of energy efficiency in infrastructure, on November 27, 2030. It shows that oil infrastructure will be equipped with renewable energies by 2030. Although the oil industry's main challenge in mitigating climate change is probably elsewhere....

Algeria will make considerable progress in its energy mix strategy, which aims to produce 22,000 megawatts (MW) of electricity from renewable sources by 2030. This ambition will be reflected in the introduction of renewable energies into fossil energy production, i.e. the solarisation of oil platforms.

The course was set on Tuesday, November 27, 2018 by the Algerian Minister of Energy, during a press conference he gave in Algiers, at the end of his speech before the deputies in defence of the 2019 finance bill. “Algeria aspires to cover 80% of the electricity needs of oil sites from solar energy,” said Minister Mustapha Guitouni.

The first phase of the programme involves the production of 400 megawatts of solar energy, spread over the highlands and the far south, including the Hassi R’mel hybrid power plant, which will run on gas and solar energy.

In addition, Mr. Guitouni highlighted the implementation of energy management and rationalisation programmes, amounting to about 1.6 billion euros, or 218 billion dinars. This will involve the widespread application of energy efficiency in oil infrastructure and households.

Algeria plans to launch the production of 200 MW by the end of 2018, including 50 MW in the far south, by Shariket Kahrab wa Taket Moutajadida (Sktm), a subsidiary of the Sonelgaz group (the company in charge of electricity and gas production, transmission and distribution in Algeria). At the same time, the country is preparing a call for tenders, via the Electricity and Gas Regulatory Commission, for a production of 150 MW. It will be open to domestic investors or in association with foreigners.

The Algerian national oil company, Snatrach, inaugurated its first solar park on November 28, 2018 in Bir Rebaâ Nord, in the centre of the country. The plant, which cost €14.2 million, consists of 31,320 photovoltaic panels, arranged on a surface area of 20 hectares for a production capacity of 10 MW/year. The electricity produced by the power plant will be used to supply the Bir Reaâ North oil field instead of gas.

In addition, Snatrach has signed an agreement with the Italian company Eni (present in Algeria since 1981) to build an advanced research and development laboratory on the plant site to test solar and hybrid technologies in a desert environment. A text has also been initialled by the two partners, with a view to creating a joint venture specifically dedicated to the renewable energy sector in Algeria. Sonatrach intends to “solarise” 80% of its fields.

However, at the time of COP24, it is perhaps worth recalling the importance of the fight against global warming, as pointed out by the result of a scientific study published in 2015 in the journal Nature: to limit global warming to less than 2°C, 35% of oil reserves, 52% gas and 88% coal must remain underground.