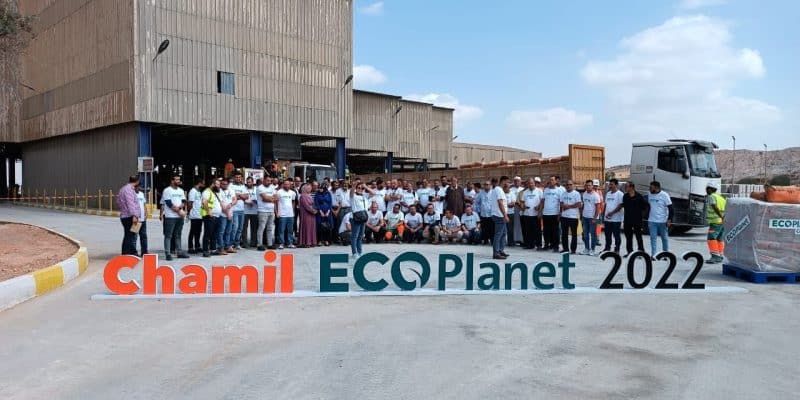 The Algerian subsidiary of the French-Swiss group LafargeHolcim is launching a low-carbon cement. The new product "Chamil" will contribute to the implementation of Algeria's climate ambitions.

As part of its sustainable development programme, LafargeHolcim Algeria, a company specialising in construction materials, has just launched a low-carbon cement called “Chamil”. The new product will make it possible to reduce CO2 emissions in the field of civil engineering by up to 70%.

According to the company headed by Nicolas George, this product was developed in its Construction Development Laboratory (CDL) based in the council of Rouiba in Algiers. Chamil was developed after two years of experimentation based on cutting-edge technologies including the integration of innovative industrial methods as well as the preservation of local resources (clay and iron),” says the cement manufacturer.

This cement will be marketed initially in Oggaz, a municipality in the wilaya of Mascara that is home to many housing and infrastructure projects. And according to the Algerian branch of the LafargeHolcim group, 3 million tonnes will be exported from the ports of Oran, Mostaganem, Jijel, Annaba and Skikda by the end of 2022.

With 2.6 million tonnes of cement produced in 2021 alone, LafargeHolcim’s Algerian subsidiary is seeking green growth. In this context, it recently concluded a 1.4 billion dinar (€9.4 million) financial agreement with the Algerian subsidiary of the French bank Société Générale. The financing will enable the implementation of the Swiss multinational’s climate objectives in this North African country, which will reduce its production costs and energy consumption.

This strategy also concerns other subsidiaries, notably in South Africa, where the building materials giant launched the “Ecopact” cement two months ago. The new process replaces clinker, which is considered polluting, with fly ash from coal-fired power plants and other recycled construction materials.

Indeed, these various products marketed by LafargeHolcim constitute “ECOPlanet”, a range of low-carbon cements designed by the group to promote eco-construction on the planet and to achieve carbon neutrality of its cement, concrete and aggregates production facilities.