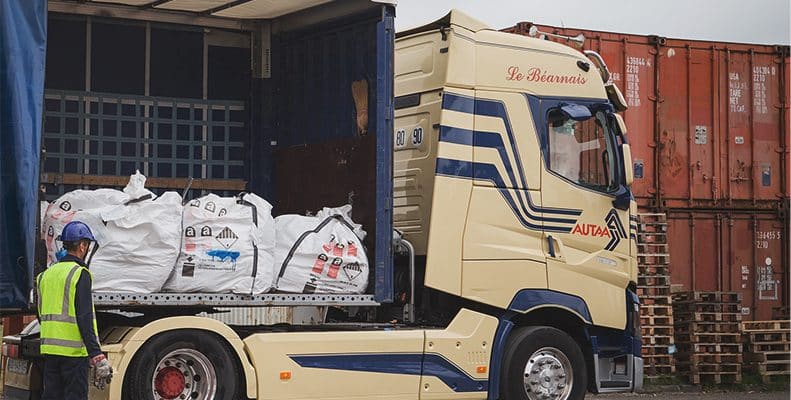 Inertam, a subsidiary of the French group Europlasma, will process asbestos waste from SO.GE.B.ZRITA. On 1 September 2022, Inertam signed a framework agreement with the Algerian asbestos removal company.

Inertam will collaborate in the treatment of asbestos waste in Algeria. The subsidiary of the French group Europlasma, specialised in depollution, has just signed an agreement with the Algerian company SO.GE.B.ZRITA, specialised in asbestos removal. According to the terms of the agreement signed on 1 September 2022, Inertam will carry out a final treatment by vitrification.

Vitrification or burial is currently the only alternative to the storage of asbestos waste in landfills, says Inertam. Vitrification consists of introducing the asbestos waste continuously into the melting chamber where it is brought to melting temperature, i.e. between 1,400° and 1,600°C, by two 2 MW torches. The asbestos fibres are then completely destroyed. The molten material is progressively withdrawn from the refining chamber (melting furnace) where a third 700 kW torch acts.

It is in this refining zone that the molten vitrified material (or cofalit) flows. This torch, which is less powerful than the other two, keeps the cofalcite at temperature while pushing any unfounded or supernatant elements back into the melting zone, away from the pouring zone. The gases emitted in the furnace are extracted and directed to the fume treatment system. Inertam is able to process 8,000 tonnes of asbestos waste according to the Basel Convention standards. The main aim of the regulations is to minimise the production of hazardous waste and to ensure that it is disposed of in an environmentally sound manner as close as possible to the place where it is produced, as well as to minimise international movements of hazardous waste.

Inhaled asbestos waste can reach the lung alveoli and cause serious illness. The agreement signed between Inertam and SO.GE.B.ZRITA will also enable the Algerian market to be offered a complete service for asbestos waste, the stock of which is estimated at more than 10 million tonnes in this North African country.