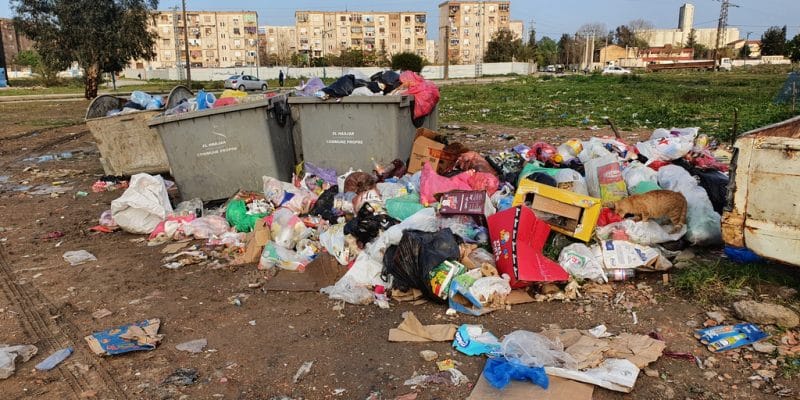 While Algeria recycles only 30% of its 13 million tonnes of waste produced annually, the government of this North African country has announced a policy aimed at stimulating the recovery of waste throughout the country, starting with the wilaya of Khenchela, which has a population of 415,000.

As part of its National Strategy for the Environment (SNE), Algeria is going to war against household and similar waste (DMA) in the 58 wilayas of this North African country. According to the Algerian authorities, this policy will be implemented initially in Khenchela, a wilaya located 470 km north-east of the capital Algiers.

The Algerian government “has made a digital platform available to start-ups wishing to invest in the field of waste recycling to support the implementation of their projects. This new approach has also led to the signing of an agreement at the Ain Djarbou high school to encourage young graduates to create their own small businesses,” says Samia Moualfi, the Algerian Minister of the Environment.

The National Agency for the Support and Development of Entrepreneurship (ANADE) will support this project through the creation of several start-ups specialising in waste recovery by 2023, with the support of the Algerian Commission for Renewable Energy and Energy Efficiency (CEREFE). In concrete terms, this will involve mobilising funding for the creation of these small recycling companies and strengthening training in the field of waste management, particularly in schools.

A market to conquer

However, this mechanism of the Algerian State aimed at promoting investments in waste recovery will probably require significant material, financial and logistical resources to accompany the recycling operations implemented by the companies. Moreover, in June 2022, the third Virtual Waste Exhibition (AVWE) organised in Algiers by the National Waste Agency (AND) mobilised about a hundred private and public economic operators as well as researchers, in order to exchange on the financing strategies of this sector.

Moreover, these strong figures have motivated the agency, headed by Karim Ouamane, to equip the wilayas of Algiers, Boumerdès and Oran with a selective waste sorting system. The aim of the systems is to recover waste according to its nature (metals, paper, glass, organic, etc.) in order to facilitate recycling in these areas, which account for about a quarter of the Algerian population.