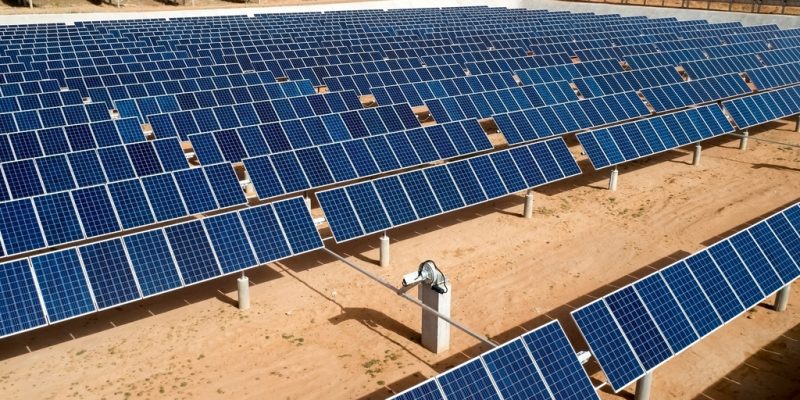 Algeria will soon take a new step forward in the energy industry. The Algerian President, Abdelmadjid Tebboune, recently announced the forthcoming establishment of the 'National Energy Council', the only structure that will be empowered to outline future energy policy and which should be constitutionalised. The Head of State's announcement has provoked reactions, including that of Abderrahmane Mebtoul, an expert and international economic consultant. The specialist proposes six axes for Algeria's energy transition over the coming decades.

The energy sector in Algeria will undergo several innovations. Among them is the forthcoming creation of a “National Energy Council”. It is the decision that Algerian President Abdelmadjid Tebboune has just taken. ”Energy affects the economic and security future of Algeria and any major decision will have to be analyzed beforehand by the National Energy Council,” said the Algerian head of state. The institution should be constitutionalised.

Following the announcement of the establishment of the “National Energy Council”, several experts reacted, including Abderrahmane Mebtoul, an expert and an international economic consultant. The specialist thus unveiled six proposals for an efficient energy transition in Algeria for the coming years.

The solutions proposed by the specialist, Mebtoul

At the top of the list is the improvement of energy efficiency through a new pricing policy (gas transfer price on the market, about one tenth of the price) which wastes resources that are temporarily frozen for social reasons. According to international expert Abderrahmane Mebtoul, this is a short-term solution.

The second proposal of the international consultant concerns traditional energy sources. He says they will continue to occupy an important part of Algeria’s energy mix for another 10 to 15 years. It will also be a question for this North African country to continue to invest upstream, because the necessary transition will take time to be realized and will depend on the balance of power in the world energy power.

“Algeria plans to build its first nuclear power plant in 2025 to meet the growing demand for electricity,” said Abderrahmane Mebtoul. According to the specialist, the nuclear engineering institute will be able to train engineers and technicians who will be in charge of operating the future nuclear power plant.

The exploitation of shale gas?

Abderrahmane Mebtoul also advocates studying the option of oil/shale gas as early as 2025. This solution could provide an average profit where Algeria has the 3rd largest reservoir in the world according to (international) studies, led by the international expert and introduced in the country’s hydrocarbon law. But the exploitation of this gas is not without consequences for the environment. According to specialists, although shale gas is natural, its exploitation requires drilling, as it is trapped inside rocks located at a depth of three kilometres. Drilling requires the use of a large amount of water to break up the rocks: this is called hydraulic fracturing. The water is then polluted and can no longer be recycled. The exploitation of shale gas does have an impact on the environment, mainly because of the drilling techniques used.

The first risk due to the exploitation of shale gas is the emission of greenhouse gases, which cause global warming. The second risk is the pollution of groundwater and air. Water contaminated by shale gas is no longer drinkable and in turn contaminates soil and vegetation.

The exploitation of renewable energy sources

The strategic axis of the energy transition for Algeria under the fifth will be the development of renewable energies, with the primacy of hydrogen between 2030 and 2040.

The country’s current installed solar power capacity is 343 MW. Algeria aims to produce 22 GW of green energy by 2030, with 13.6 GW reserved for photovoltaic solar power. To meet this challenge, the Algerian government plans, among other things, to launch a solar mega-project called “Tafouk1” in the near future. It will make it possible to build several photovoltaic solar power plants with a combined capacity of 4,000 MW. The project could cost the state up to 3.6 billion dollars, or about 390 billion Algerian dinars.