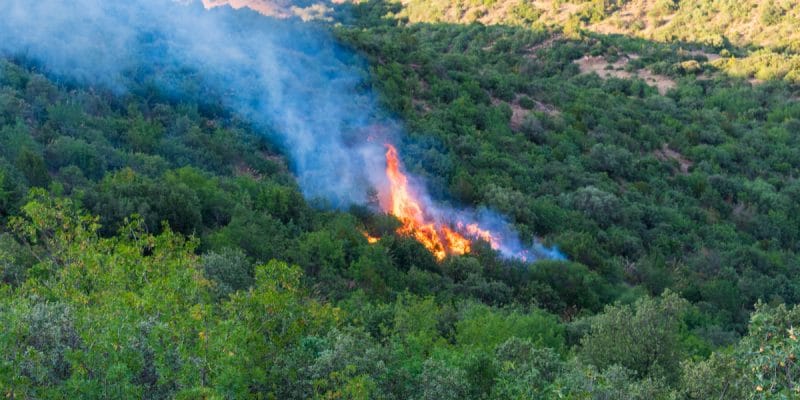 In Algeria, fires of criminal origin have ravaged more than 8500 hectares of vegetation cover since January 2021. Taking stock of these devastations detrimental to food security and the environment, the Algerian authorities call for awareness and collective responsibility to protect the country's forest heritage.

The Algerian plant cover is threatened with extinction. The main threat is not wood cutting, but repeated fires. Several dozen hectares of forest in the wilaya (department) of Khenchela, northeast Algeria, were destroyed by a fire that broke out on Sunday, July 4th, 2021. A few days later, the same phenomenon occurred in other wilayas, such as Tebessa in the east and Relizane in the west of the country.

Taking stock of these disasters on July 14th, 2021, the Algerian Minister of Agriculture and Rural Development, Abdelhamid Hamdani, spoke of 8,500 hectares of plant cover destroyed by fire, including 1,500 in Khenchela, since January 2021. Based on the report prepared by the Algerian Space Agency (Asal) via satellite images, the Minister notes that all fires started from the edges of the forest, which according to Abdelhamid Hamdani, reflects the existence of a criminal hand. “We are witnessing a serious criminal phenomenon. Most of the fires, including the most important, are of criminal origin, which is unacceptable, “regrets the Minister Abdelhamid Hamdani, before calling for awareness and collective responsibility to protect the Algerian forest heritage.

The fires of criminal origin are recurrent in Algeria. In 2020, several arsonists were arrested by the authorities following forest fires. According to the government, other arrests have already taken place this year, and will continue as the investigation continues on the ground.

Algeria, the largest country in Africa, has only 4.1 million hectares of forest, with a reforestation rate of 1.76%. Every year, the North African country is affected by forest fires. In 2020, nearly 44,000 hectares of forest went up in smoke, endangering biodiversity and food security of the population.

Among other measures to fight against forest fires in Algeria, the government intends to increase access to the forests in order to quickly reach the starting points of the flames. To do this, a special program has just been decided for the realization, especially in the wilaya of Khenchela, some 300 km of forest tracks, including 200 km in development and 100 km in new creation.