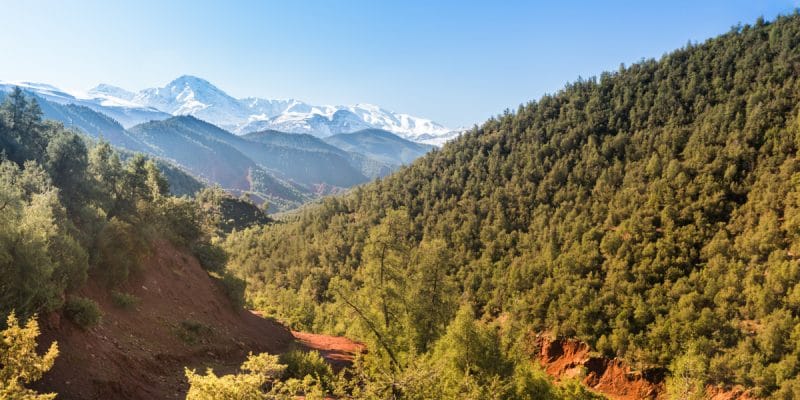 There are many such nature protection organisations, which have pushed for relief following the decision taken on May 28, 2019 by the Algerian Ministry of Agriculture and the Environment. It concerns the reclassification of the Djebel Babor forest as a national park. The abundant vegetation that covers the Atlas Mountains range in northern Algeria is once again becoming a protected area after 34 years of neglect.

This decision by the Algerian government is the result of numerous appeals made by nature protection organisations, such as the French association for reflection, exchange and action for the environment and development (AREA-ED). The latter has been notable in particular through the regular organisation of activities, consisting in informing and educating public authorities and the local public about the fragility of the Babors’ ecosystems and biodiversity, as well as the threats posed by human actions and climate change on such a unique and high potential site.

Djebel Babor, or Grand Babor, is a mountain range that rises to an altitude of 2,004 m in northern Algeria and is characterised by a cold and humid climate, with heavy snowfall in autumn and winter and rainfall exceeding 1,700 mm/year. Its vegetation consists of a mixed forest of coniferous and leafy trees (fir, cedar and zealous oak). It is the only place in the world where live the Kabyle Sitelles, a species of bird discovered in this forest on October 5, 1975, by the Belgian Jean-Paul Ledant.

Research conducted by AREA-ED and the Critical Ecosystem Partnership Fund (CEPF) revealed that the area was even more ecologically important, as it hosts important nesting sites for raptors and has 32,000 legally protected bird species.

The Djebel Babor forest is also the refuge of the magot monkeys (Macaca Sylvanus), also called Barbary macaques or Berber macaques, wild mammals of the primate order. It is an endemic species of these regions, living mainly in Algeria, Morocco, and to a lesser extent in Gibraltar (British Overseas Territory on a promontory on the south coast of Spain). In 2010, a study conducted by the management of the Djurdjura National Park identified 4600 macaques, compared to 5500 30 years earlier.

This demonstrates the interest that nature conservation NGOs have in the protection of the Djebel Babor forest. Its reinstatement as a National Park will generate better investments and better protection of the forest and the endangered species that inhabit it.