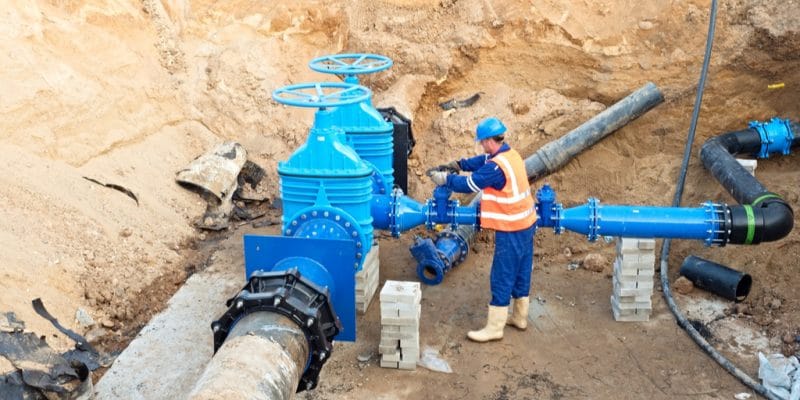 The project to transfer water from the municipality of Beni-Ounif to five other municipalities in the wilaya of Béchar in northwest Algeria will be operational in April 2019. This was recently announced by Necib Hocine, the Algerian Minister of Water Resources.

Necib Hocine, the Algerian Minister of Water Resources, has just completed an inspection visit to the site of the water transfer project from the municipality of Beni-Ounif to the municipalities of Bechar, Kenadza, Abadla, Mechraa Houari-Boumediene and Erg Farradj, in the wilaya of Béchar. At the end of the visit, he stated that the project would be delivered by April 2019.

This project, implemented by the National Water Resources Agency (ANRH), plans to drill 10 boreholes between 400 m and 500 m deep in the municipality of Beni-Ounif. These boreholes will be connected to three pumping stations that will store water in two 15,000 m3 and 20,000 m3 reservoirs. To ensure the transfer of water to the municipalities concerned by the project, the National Agency for Dams and Water Transfers (ANBT) will have to lay 190 km of pipelines at the same time.

An alternative to the Djorf Torba dam

The objective of this project is to transfer 30,000 m3 of water daily to the municipalities of Bechar, Kenadza, Abadla, Mechraa Houari-Boumediene and Erg Farradj. “This important project, whose work was launched last July, is part of the national groundwater mobilisation strategy, with the sole aim of diversifying the drinking water resources that supply the populations of these municipalities,” explained Minister Necib Hocine.

The project required an investment of 9.5 billion Algerian dinars, or more than 70 million euros. But above all, it puts an end to the dependence of the five municipalities on the Djorf Torba dam, which has a 360 million m3 water reservoir. Located 35 km north of the commune of Béchar, the dam has so far been used for drinking water production and irrigation. For several years, however, the drought has caused the dam level to drop. Flooding is very low with a fairly high evaporation rate, thus slowing down the filling of the dam. It was time to find an alternative to this infrastructure that dates back to the 1960s. The Algerian authorities are now relying on the groundwater table.