Homepage » ALGERIA: An alliance between the AND and Cerefe to convert waste into biogas 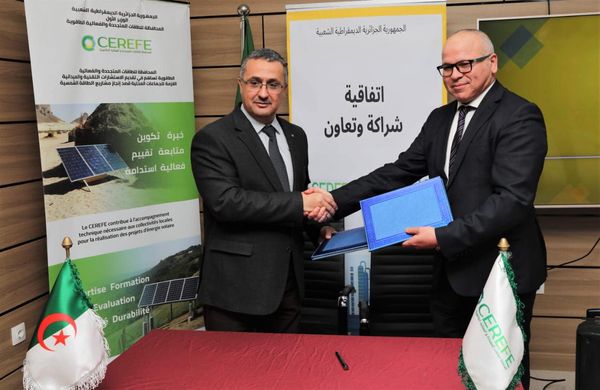 Algeria wants to accelerate the energy recovery of solid waste. The country wants to strengthen this practice to reduce pollution, which is gaining ground, with an annual production of more than 13.1 million tonnes of household waste according to the National Waste Agency (AND). This justifies the partnership between this public company and the Commissariat for Renewable Energy and Energy Efficiency (CEREFE). Within the framework of this alliance, the two partners are committed to promoting the energy recovery of organic waste.

To this end, AND and CEREFE have agreed to set up a joint action plan, which will also help reduce pollution in Algeria. According to Amal Asma, Director of Development of the Green Economy at AND, this plan will make it possible to popularise the energy recovery process for organic waste in Algeria.

Some pilot projects at the level of the CETs

Firstly, biogas is obtained by the fermentation of organic matter. This natural process, also known as “methanisation”, occurs when organic matter (household waste, wood and plants) is deprived of oxygen and degrades with the help of bacteria. The biogas is then burnt and the energy released is used to power a generator to produce electricity. “The biogas can also be used as fuel for natural gas vehicles (CNG), or injected into the natural gas supply network,” adds Amal Asma.

AND and CEREFE will also carry out studies on the production of green energy and will launch pilot projects at the level of technical landfill centres (CET), notably at Oued-Falli. This landfill has been undergoing a modernisation and extension project since March 2022. In addition, training sessions are planned within the framework of this agreement with a view to “effectively” exchanging expertise between the two bodies.

Read also – AFRICA: the circular economy, an ally for the ecological transition

Algeria’s ambition is to recover 30% of household waste by 2035, says the AND. Other types of waste are not left out. With 14,000 companies active in waste management, the Algerian government also plans to recycle 80% of hazardous waste (pharmaceuticals, phytosanitary products and oilseeds) and 50% of inert waste (cement, bricks, ceramics, tiles, etc.) by the same deadline.