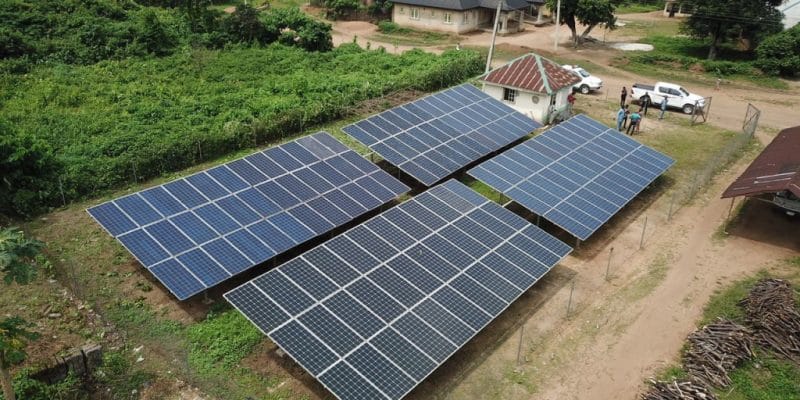 The winners of the 2022 edition of the AFSIA Solar Awards have just been unveiled by the African Solar Industry Association (AFSIA) live from Brussels. The event was organized on the sidelines of the Africa Energy Forum (AEF) currently taking place in the Belgian capital.

The winners of the AFSIA Solar Awards are now known. The results of this competition have just been delivered live from Brussels by the African Solar Industry Association (AFSIA). This competition, the most important in the very dynamic sector of renewable energies in Africa, is organized in partnership with the Africa Energy Forum (AEF), which is currently held in the Belgian capital, until June 24, 2022.

Among the winners of the 2022 edition of the AFSIA Solar Awards is the InfraCo Africa-JCM Power consortium. The investment company and the independent power producer (IPP) have teamed up to build the Golomoti solar photovoltaic power plant in Malawi, which is being honored in the “Large-Scale Solar Project of the Year” category. The plant stands out for its 5 MW/10 MWh battery storage system that reduces the impact of intermittency inherent in solar PV production.

Several suppliers of stand-alone solar systems also stand out. This is the case of Nuru, which was awarded in the category of “Solar Mini Grid Project of the Year”, thanks to two hybrid installations providing 338 kW of clean energy to the populations of Tadu and Faradje in the Democratic Republic of Congo (DRC). Engie Energy Access won the “Solar Home Systems Supplier of the Year” award. With its electricity access kits, the subsidiary of the French group Engie has impacted the lives of more than 7 million Sub-Saharan Africans over the past two years by installing solar home systems in households and small businesses in rural areas.

Also very active in the stand-alone solar segment, investment firm SunFunder, recently acquired by French investor Mirova, wins the “Program Deal/Financing of the Year” award for setting up the new $500 million Gigaton Empowerment Fund. In other news from the ceremony, this year’s “Lifetime Achievement Award” goes to Manoj Sinha, the chairman and CEO of Husk Power. The solar home systems provider has just launched a program to provide electricity access to 2 million people in rural Nigeria. For the record, the third edition of the AFSIA Solar Awards was organized in partnership with LONGi and AFRIK 21.

Discover all the winners in 13 categories: 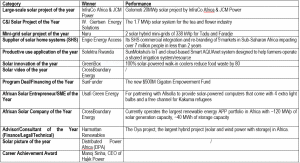