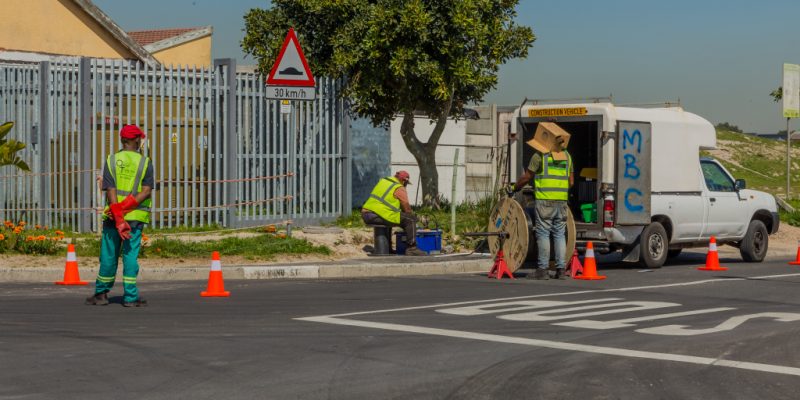 In its recently published 2021 report, the C40 Cities Climate Leadership Group, the global network of mayors, encourages South African cities to boost their economies through the creation of green jobs. This comes at a time when South African municipalities have just adopted a manual on sustainable finance.

Ambitious urban climate action could create and support more than 1.8 million green jobs in South Africa by 2030, according to the C40 Cities Climate Leadership Group. In its recently published 2021 report, the global network of mayors argues that increasing the number of green jobs in South African cities will accelerate sustainable development in the southern African country, where 66% of the population lives in urban areas.

“These urban actions would lead to a significant reduction in emissions that would exceed South Africa’s 2030 climate target, making it possible for South Africa to have a higher ambition to align with the Paris Agreement from COP 21. More importantly, the creation of green jobs will ensure comfortable homes, clean the air we all breathe and make cities more resilient to future extreme weather events,” the report says.

The research, coordinated by Eric Garcetti, the current chair of the C40 and mayor of Los Angeles in the United States of America, focuses on the sustainable buildings, energy and transport sectors, which could provide employment for more than 1 million South Africans with proven skills. According to the study, which was conducted by the C40 Municipal Alliance, promoting nature-based investments will help mitigate the effects of climate change, such as the risk of floods and droughts in some of Nelson Mandela’s cities. Municipal authorities are expected to create 705 000 additional sustainable jobs across the country.

“We will develop green jobs to reduce poverty while helping to build clean, healthy, sustainable and resilient communities. The transition to a green economy must be fair, inclusive and equitable. We are at the forefront of the climate emergency and we will meet these challenges together,” says Mpho Phalatse, C40 Deputy Chair and Mayor of Johannesburg, South Africa’s largest city and capital of Gauteng province.

Read also-SOUTH AFRICA: Municipalities have a manual on green finance

For his part, the mayor of the coastal city of Durban in KwaZulu-Natal province is counting on youth to develop a sustainable, equitable and inclusive economy based on a vision of social justice for disadvantaged communities, women and youth. Mxolisi Kaunda who will be present at the 17th World Mayors’ Summit in October 2022 in the city of Buenos Aires, Argentina, under the chairmanship of Mayor Horacio Rodríguez Larreta.