Homepage » AFRICA: WWF says African elephants will be extinct by 2040 if nothing is done

AFRICA: WWF says African elephants will be extinct by 2040 if nothing is done 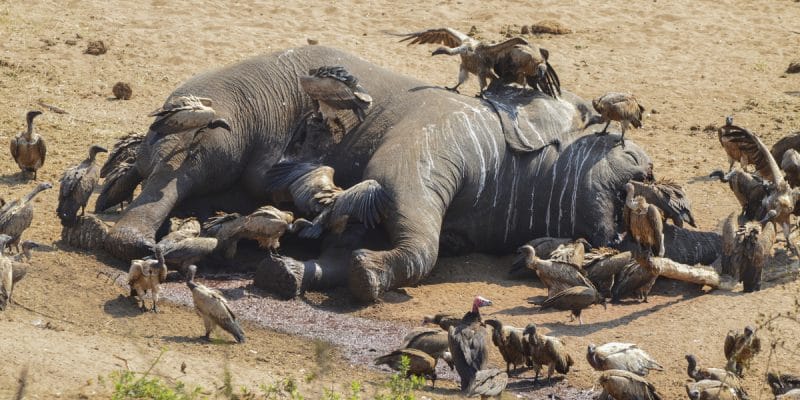 The WWF is sounding the alarm about the tragedy of African elephants. According to the environmental NGO, the population of these pachyderms will disappear by 2040 due to wild poaching: an elephant dies on the continent every 25 minutes, killed for its ivory tusks. WWF has launched a fundraising campaign to save these animals from extinction.

World Wildlife Fund (WWF) figures on the killing of elephants in Africa are chilling. Every 25 minutes, an elephant is killed for its ivory tusks. This brings the number of individuals slaughtered each year to 20,000. For example, the African elephant population has declined by 70% in 40 years. Between 2007 and 2015, 100,000 elephants were slaughtered.

This unbridled poaching was born as a result of the increase in the price of ivory, which increased tenfold between 2004 and 2018. Due to its central geographical position and colonial history, Belgium is a hub for illegal ivory trafficking. Between 2007 and 2016, Belgian customs officers seized 3,616 ivory products, according to WWF. Most of these products transit through Brussels airport and are destined for China, where 79 tonnes of ivory have been seized since 2000. That’s the equivalent of 10,800 elephants killed!

Donate to save African elephants

The organisation dedicated to environmental protection and sustainable development, which has been active since 1961, made the preservation of African elephants its current priority on November 19, 2019. Convinced that Africa’s largest mammals will disappear by 2040 if nothing is done urgently, WWF has launched a fundraising campaign to finance anti-poaching measures. To do this, the NGO has created the page www.elephant.wwf.be, in order to collect donations.

The funds collected will include: strengthening surveillance patrols, creating new protected areas for elephants, improving and enforcing poaching legislation, reducing ivory demand by raising consumer awareness of the cruel and illegal aspects of this trade.

The organisation also plans to deploy to African countries with the highest concentrations of elephants (Botswana, Tanzania, Malawi, South Africa, Kenya and Zambia), where it plans to develop harmonious cohabitation between people and elephants through the establishment of buffer zones and fences, as well as damage compensation and awareness of the importance of elephant survival. Because beyond the loss of a symbol, the poetry of a form and the beauty of the imagination that accompanies it, the disappearance of a large mammal is always a sign of the irreparable destruction of the ecosystem that its habitat represents, with a general loss of biodiversity that follows and very often precedes it. A loss that in turn is accompanied by the loss of ecosystem services to people. A disaster.