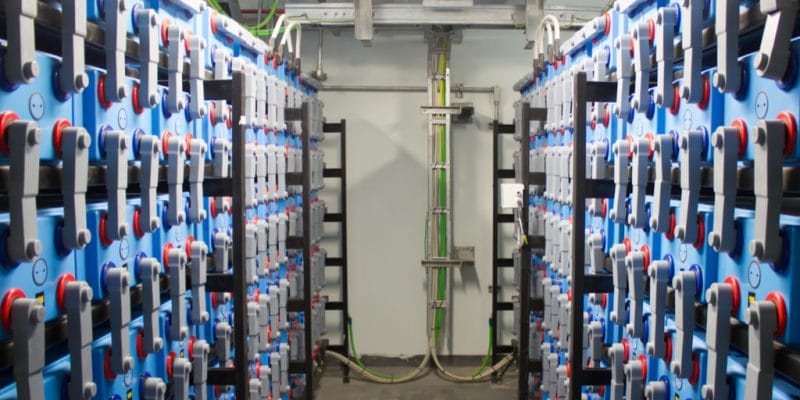 Africa is increasingly relying on solar energy to increase the rate of access to electricity for its population. Intermittence is the main disadvantage of the renewable energy source. It only reaches its maximum production capacity during the day and yields fall at night. The challenge is to find the right balance of production to secure daily access to energy. Hence the use of batteries to store energy.

In Africa, energy storage is not yet a priority. The World Bank recently decided to boost the sector by creating a $1 billion fund. According to the bank, in developing countries, only 4.5 GWh of energy is stored. The objective for the next seven years is to reach 17.5 GWh. The World Bank is gradually expected to raise an additional $4 billion but the first billion is for Africa alone.

The new target of development partners?

In the developing country market, batteries remain very expensive according to the World Bank. It is estimated at $400 to $700 per gigawatt hour in middle-income countries, unlike developed countries where the same battery costs only $200 to $300. The World Bank’s investment also aims to encourage battery manufacturers to review prices and make them accessible to all, especially for people living in rural areas who use mini grids to provide lighting. A battery for a small domestic network should conserve stored energy during the day for at least 8 hours until it lights up at night.

The World Bank is not the only actor supporting energy storage in Africa. In September 2018, British Prime Minister Theresa May toured Africa where it was widely discussed. She announced a $72 million investment to support an energy storage project in South Africa. The objective of all those policies is to boost the production of renewable energies and in particular solar energy, which is part of the old continent’s natural resources.