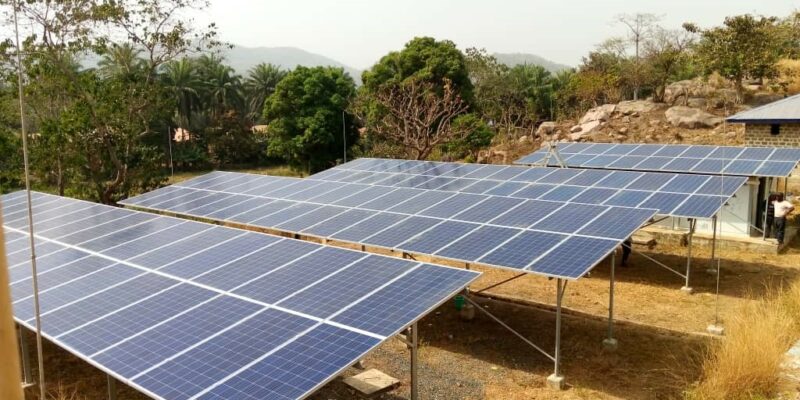 Winch Energy is innovating in the financial mobilisation of its solar mini-grid projects in Africa. The solar energy provider now has a platform that facilitates the financing of the electrification of the African continent. The Winch Energy IPP Holdings (WIPP) mechanism was set up by Winch Energy in partnership with NEoT Off-grid Africa, a platform developed by Electricité de France (EDF), the Japanese firm Mitsubishi and Meridiam, a French company specialised in the development, financing and management of infrastructure projects.

The mechanism has already made available to Winch Energy a 16-million-dollar envelope for the implementation of at least 49 solar mini grid projects in Uganda and Sierra Leone. “Grants are provided by the Foreign, Commonwealth & Development Office (FCDO, formerly DFID) for projects in Sierra Leone and by the German Ministry of Development (BMZ) and the European Union to support projects in Uganda. Project development is also supported by GIZ (Deutsche Gesellschaft für Internationale Zusammenarbeit) in Uganda and the United Nations Office for Project Services (UNOPS) in Sierra Leone,” says Winch Energy.

Winch Energy and WIPP were advised in this transaction by Fieldfisher and Clarkson and Wright and Jakes. NEoT was assisted by August Debouzy. In the coming months, Winch Energy intends to extend its $100 million facility to install solar mini-grids in other countries on the African continent.

“This platform will enable us to rapidly expand our operations in Africa. This agreement not only paves the way for Winch Energy’s future as a leader in large-scale off-grid renewable energy, but also stimulates economic growth and improves education and health care in remote communities,” said Nicholas Wrigley, Winch Energy’s CEO.

Electrification of at least 60,000 people

According to Winch Energy, the solar energy investment fund manager SunFunder will inject 2 million dollars into WIPP to finance mini-grid projects. In Sierra Leone, off-grid solar systems will be built in the districts of Tonkolili, Koinadugu and Bombali. Winch Energy will also provide this electricity access solution in the Lamwo district in northern Uganda. According to the London-based company, the 49 off-grid solar systems will provide electricity to 6,500 homes and small businesses, reaching 60,000 people in rural areas.

The company also plans to provide 6,000 batteries for households outside the coverage areas of the solar mini-grids in both Sierra Leone and Uganda. “In addition to providing access to electricity, the project will also provide communities with internet access through partnerships with telecom operators in both countries,” Winch Energy explains.

Through these projects, the company is expanding its portfolio in Uganda and Sierra Leone. In Uganda, the company provides electricity to 20,000 people living on Bunjako Island in Lake Victoria. Still under development, the project is expected to be completed by the end of March 2021. In Sierra Leone, the solar energy provider has already electrified thousands of homes with 13 solar mini grids. Its portfolio also extends to Benin, Mauritania and Angola.