Homepage » AFRICA: when CSR comes to the rescue of biodiversity
This article is part of the dossier
AFRICA: CSR, NOW AT THE HEART OF SUSTAINABLE DEVELOPMENT

AFRICA: when CSR comes to the rescue of biodiversity 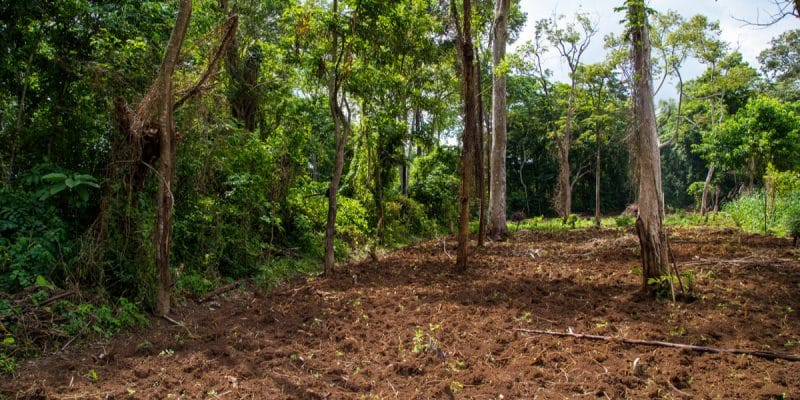 Biodiversity protection now occupies a prominent place in the environmental strategies developed by CSR policies in Africa. In addition to limiting the pollution caused by their activities, some companies also engage in actions to protect and restore ecosystems. This ambition is very often motivated by the quest for environmental certification and access to international markets, which are increasingly demanding in terms of sustainable development. The agricultural sector is thus looking towards "organic" labels and has many initiatives in this direction.

According to the United Nations Food and Agriculture Organisation (FAO), Africa has 50 to 60% of the world’s available arable land. Hence the covetousness of the continent on the part of agro-industrial multinationals. Promoting the idea that Africa holds the key to global food security, these companies are converting large tracts of forest into farms. In 2016, GreenFacts, a non-governmental organisation (NGO) that publishes scientific data on the environment and health, reported that the conversion of forest land into farmland remains the main driver of deforestation in the tropics. Over the period 2000-2010, the net loss is 7 million hectares of forest per year, compared to a growth in agricultural land of 6 million hectares per year. But, contrary to what some might think, GreenFacts attributes most of the conversion of Africa’s forests to small-scale subsistence farming. These are farms of less than 2 hectares, which totalled 33 million units in 2016, representing 80% of all farms on the continent.

This penetration of agriculture into Africa’s forests, whether industrial or family-based, is however bordering on disaster for remarkable biodiversity, with the destruction of many endemic mammals and plants, which are in danger of disappearing. Wildlife habitat is destroyed, populations are fragmented and weakened, and they are exposed to poaching.

To reduce and limit the degradation of biodiversity in agriculture, several projects and strategies are being implemented by stakeholders in the sector. The challenge here is to thrive in a context that is moving towards a ban on products from non-nature-friendly agriculture.

Corporate Societal Responsibility (CSR), also known as Corporate Social Responsibility, is defined by the European Union (EU) Commission as the voluntary integration by companies of social and environmental concerns in their business activities and in their relations with stakeholders. In the agricultural sector, this means adjusting the forms of support for commercial agriculture by introducing environmental safeguards, the application of which would help to avoid the loss of forests.

This is what Olam, an $11 billion Singaporean food trading and brokerage company, is advocating. In Cameroon, where the company is the second largest exporter of cocoa, it has set up a programme to support cocoa plantations in a way that respects nature. “In line with its sustainability strategy, Olam’s goal this year is to map more than 10,000 cocoa farmers outside of areas at risk of deforestation. These farmers then receive subsidies in terms of improved cocoa plants, fertilisers and technical advice,” says Eugène Kamdem, Director of Operations at Olam-Cameroon.

Another example is Nestlé, a Swiss multinational that is one of the world’s leading food companies, with a turnover of around $100 billion. To stop the bleeding of West African forests, the company launched the “Nestlé Cocoa Plan” in 2009. The programme aims to supply Nestlé with 100% sustainable cocoa by 2025. This includes stopping cocoa-related deforestation, increasing farmers’ incomes, ensuring high quality cocoa and addressing supply chain issues such as child labour, gender inequality and poor social conditions. The latest Nestlé Cocoa Plan report, published on May 8th, 2021, shows that by 2020, Nestlé has mapped 85% of the farm boundaries of the 110 000 farmers in its Nestlé Cocoa Plan programme in Ghana and Ivory Coast. This mapping is used to monitor the boundaries of cocoa plantations, in order to warn of any expansion of the plantations towards the forest. In the same year, Nestlé finalised its programme to distribute more than 1 250 000 indigenous and fruit trees in Ivory Coast and Ghana to make farms more climate resilient and diversify farmers’ incomes.

The challenges of CSR to protect biodiversity

The commitment of multinational agribusinesses to CSR policies that respect biodiversity is mainly motivated by economic issues. It is a question of keeping market shares in regions of the world where ecological products are gradually becoming the norm.

In France, for example, the local branch of the World-Wide Fund for Nature (WWF) is involved in the #Together4Forests campaign alongside more than 160 other organisations, to ask the government to act and to bring in binding and ambitious legislation against “imported deforestation” at European level. France, which will hold the presidency of the European Union in the first half of 2022, must pass legislation to put an end to the import of products associated with deforestation. “The European Union holds the sad record of being the second largest importer after China of products associated with tropical deforestation and is responsible for the loss of 3.5 million hectares of forest between 2005 and 2017, the equivalent of the city of Lyon being razed to the ground every week. At a time when the European Commission is preparing to propose legislation to combat deforestation, we want this law to include binding measures for companies, so that the products they put on the market do not come from the destruction of forests or the conversion of natural ecosystems,” explains Véronique Andrieux, the director general of WWF France.

Read also-AFRICA: employers’ organisations that are committed to CSR

To accompany this measure from the African continent, the Rainforest Alliance, an American NGO for the protection of tropical forests, has set up a geolocation guide for farms highlighting areas at high risk of deforestation and encroachment on protected areas. This tool supports agricultural stakeholders (including traders, industries and retailers) in protecting biodiversity and reducing the risk of deforestation by showing them where plantations are likely to be deforested.

The Rainforest Alliance has also developed a certification that identifies products produced by nature-friendly agriculture. The 2020 version of the Rainforest Alliance standard, which comes into force in July 2021, focuses on continuous improvement of the requirements. The new version focuses on crop rotation and renovation, soil fertility and conservation, integrated crop protection, chemical management, and harvesting and post-harvest practices.