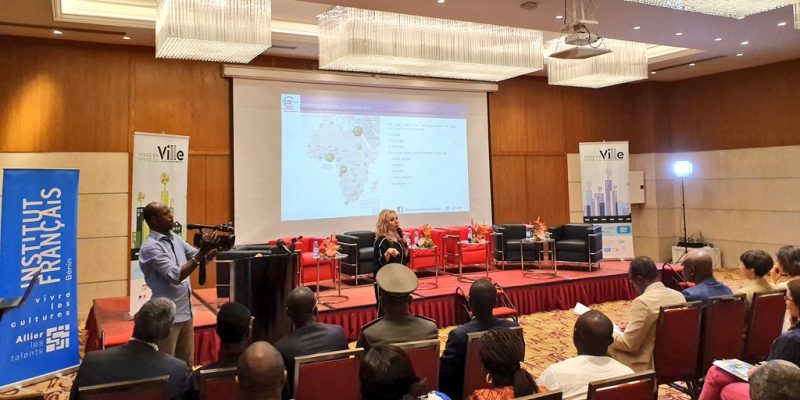 The non-governmental organisation (NGO) Urbanisme sans frontière (USF) (urban planning without borders), in partnership with the International Coalition for Sustainable Cities and Territories (Icoscat_Civted), organised a series of consultations on sustainable cities in Africa during the month of October 2019.

How to manage waste in African cities? This is one of the questions that formed the core of the events organised by several members of civil society during the month of October 2019. For example, universities, professional groups, companies, non-governmental organisations (NGOs) and local associations that organised these events at the initiative of Urbanism Without Borders (USF) and the International Coalition for Sustainable Cities and Territories (Icoscat_Civted).

The consultations were conducted in the form of debates, round tables, participatory workshops and field actions. These events were placed under the label “Africa Sustainable City”. This is a programme created in 2018 by UBS, whose aim is to strengthen cooperation and exchanges between Africa and France in the fields of sustainable development of cities and territories.

Several themes around the sustainable city

The meetings took place in several countries on the continent: Cameroon, Algeria, Burkina Faso, Côte d’Ivoire, Ethiopia, Gabon, Kenya, Morocco, Nigeria, Senegal, Togo, Mali and Tunisia. In each of these countries, consultations focused on topics such as waste management, which is at the heart of public policy in almost all cities.

The theme of water and sanitation also is of crucial importance in African cities. Civil society has also taken up themes such as natural hazards and climate change, which are currently attracting much attention from observers. The most palpable case is observed in Yaoundé and many other cities in Central and West Africa where heavy rains do a lot of damage in the middle of November. Yet in this part of Africa, the rainy season normally ends in October. In contrast, Eastern and Southern Africa is facing a relentless drought. As a result, in South African cities such as Johannesburg, the authorities have decided to rationalise people’s water consumption.

Governance and participatory democracy, transport, green space planning, air pollution, soil contamination, circular economy… are also among the themes discussed during the events organised under the impetus of USF. “A second round is called for by AAB partners, especially in countries that have not been able to organise themselves and need more time and more sustained assistance to provide them with the capacity to organise “civil society” in line with the organisation of events,” the NGO says.