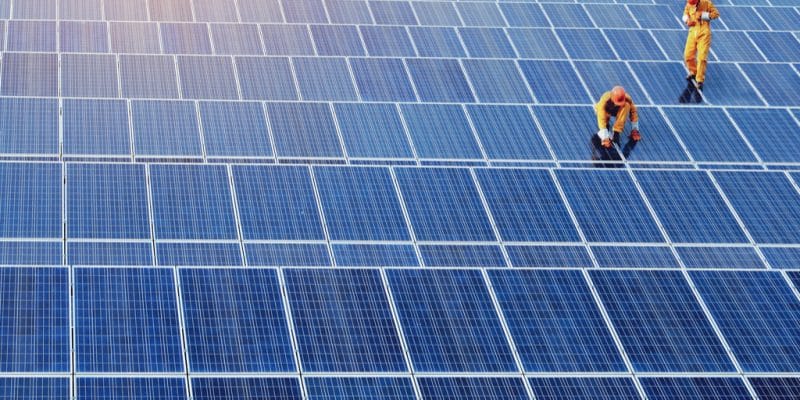 The African Solar Industry Association (AFSIA) has been established. It was recently launched by John van Zuylen, a solar energy specialist. The association's headquarters are located in Kigali, the capital of Rwanda. It will serve as a networking opportunity for solar professionals on the African continent.

All over the continent, major projects are emerging, such as in Egypt with the Benban mega solar project, which will supply 1,650 MWp to the national grid. South Africa is also well represented with the South African Renewable Energy Supply Programme (REIPPP), which aims to encourage PPIs to invest in South Africa. Several projects have been or are being carried out under the programme.

Solar energy is also becoming more popular with the home solar mini-grids and kits that can now be found in villages, even the most remote on the old continent. Recently, the German start-up, Africa GreenTec, commissioned a containerized solar mini-grid in the small village of Fanidiama, located in the Sikasso region of southeast Mali, on the border with Burkina Faso. The solar revolution is also driven by public-private partnerships (PPPs). As a result, in Africa, there is currently more activity in solar energy than in other sectors such as water, for example, and it was this multitude of private actors that prompted John van Zuylen, a solar energy specialist, to create the Association of the Solar Industry in Africa (AFSIA).

Kigali, the headquarters of AFSIA

AFSIA will contribute to major solar projects developed on the continent and connected to the electricity grid. The association will focus all its attention on off-grid, from the largest projects to solar home kits and ground-based mini-grids, containerized or installed on rooftops. AFSIA will also support the integration of solar energy into water treatment. These include the installation of the solar-powered pump found in some drinking water supply (WSP) projects.

AFSIA also aims to organize networking opportunities for solar professionals and give them access to the right information and networks to develop their activities and strengthen the solar industry across the African continent. “Africa is paving the way for a promising solar future, based on a conviction that solar energy is the best ally to support the continent’s growth,” says John van Zuylen. AFSIA’s headquarters are located in Kigali, the capital of Rwanda.