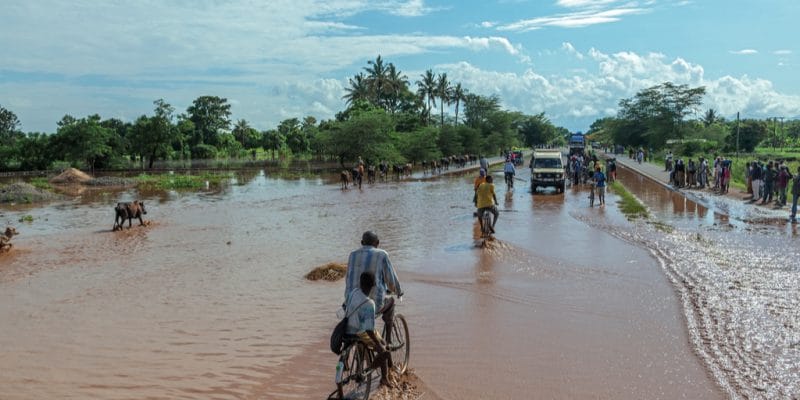 The United Nations Educational, Scientific and Cultural Organization (UNESCO) has joined forces with the Japanese government to set up a platform for alerting in the event of floods. The phenomenon is recurrent during the rainy season in Africa. The first area targeted by the initiative is the Niger and Volta River Basin.

In July 2018, heavy rains fell in a number of countries in West Africa. They caused floods that saddened many families. In Ivory Coast, 22 people died in the floods in the large city of Abidjan. In the same region of the continent, one country suffers this disaster almost every year: Niger.

According to the United Nations Educational, Scientific and Cultural Organization (UNESCO), a recent assessment showed an exponential increase in the scale and frequency of flooding in Niger. In Niamey, the capital, the disaster occurred in 2008, 2010, 2012, 2013, 2015, 2016 and 2017. Each time it causes great losses for the populations, which is an obstacle to development. To address the situation, UNESCO and the Government of Japan have joined hands to create an early warning platform to adapt to the phenomenon.

The objective of the platform

During the rainy season, the rivers and large rivers that cross West Africa flow out of their beds. This is why this region is the first target of the new warning platform. It is linked to observation and early warning systems that will provide assessment, prevention, preparedness and response during the flood.

The project will also build capacity to better prepare for the management of recurrent floods in the region, “by moving from crisis management to a risk management approach”. The first beneficiary countries are the Volta Basin Authority (VBA), the Niger Basin Authority (NBA) and their associated countries. These are Benin, Burkina Faso, Cameroon, Chad, Ivory Coast, Ghana, Guinea, Mali, Niger, Nigeria and Togo.

UNESCO and Japan have entrusted the management of the platform to the International Centre for Water Hazard and Risk Management (ICHARM) based in Japan and the Agrhymet Regional Centre based in Niamey.

GAMBIA: Kanifing to get new drainage system to combat flooding

MOROCCO: Work on the Casablanca desalination plant to start in mid-2023