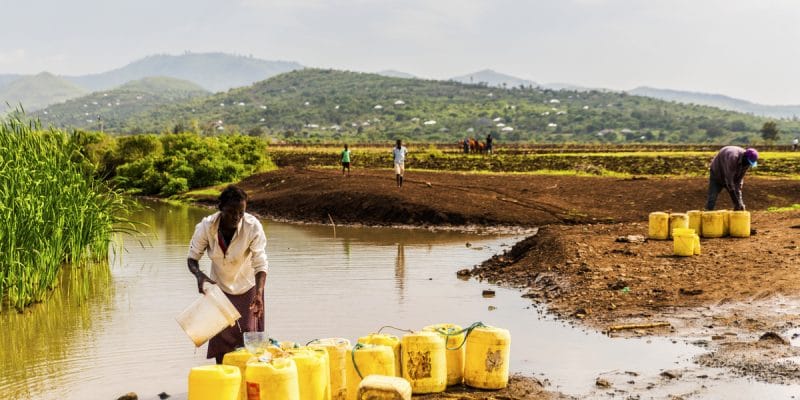 The United Nations and the AfDB call on African States to join the United Nations Water Management Organization to promote integrated and sustainable management of surface and groundwater resources. The importance of preserving this resource is that it is essential for agriculture, drinking water and energy supply and in its interaction with the sanitation sector.

The African continent has abundant quantities of water but the presence of two major deserts, the Sahara and the Kalahari, located respectively in the northern and southern regions, makes it the second-driest place in the world. In such a situation, water scarcity can not only lead to conflicts between communities or States, but also hinder basic needs such as food, sanitation, drinking water and energy supplies. It therefore appears necessary to take action to prevent these risks. Such is the wish of the African Development Bank (AfDB) and the United Nations.

The United Nations and the AfDB have therefore agreed to promote the conservation of surface and groundwater resources among African States. The decision was taken on April 12, 2019 in Abidjan, Ivory Coast, where the AfDB received a delegation from the United Nations Convention on the Protection and Use of Transboundary Watercourses and International Lakes (also known as the United Nations Water Convention).

African States will have to join the United Nations Water Convention

The AfDB and the UN intend to promote integrated and sustainable management of surface and groundwater resources by encouraging more African countries to integrate the United Nations Water Convention.

According to Francesca Bernardini, Secretary of the Water Convention, the benefits of joining the Convention include increased sustainability of regional and international cooperation projects, as well as a reduction in long-term risks to investment in development programmes and initiatives, usually caused by nature. This is thanks to the legally binding commitments made by the parties to the convention. Several activities under this convention also contribute to enhancing national capacities in water management and increasing the effectiveness of the Bank’s interventions in the long term.

Negotiated from 1990 to 1992 through an intergovernmental process under the auspices of the United Nations Economic Commission for Europe (UNECE), the Water Convention has been open to all UN Member States since 2016. To date, it has been ratified by 44 countries, including only 1 African country: Chad.

“Faced with the risk of conflicts between Chad and the neighbouring countries over water use, with regard to development needs, increasing individual needs, population growth and planning for the future through the conservation of natural environments and biodiversity, Chad has decided to promote integrated and sustainable management of surface and groundwater,” said Mahamat Alifa Moussa, Director General at the Ministry of Environment, Water and Fisheries of Chad. He was part of the delegation to the AfDB in Abidjan.