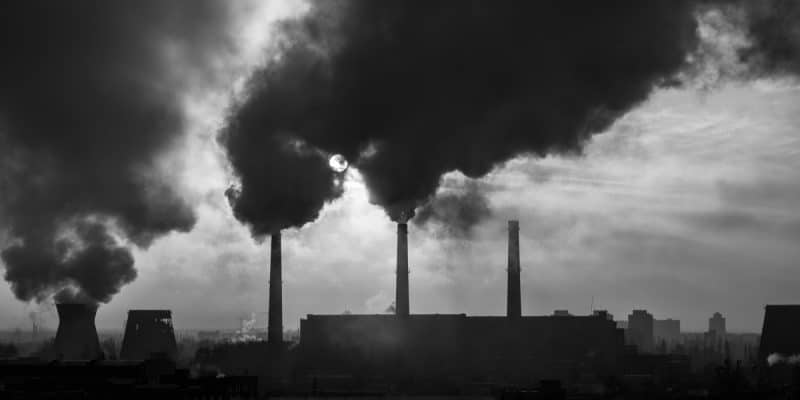 According to a survey published on April 13, 2020 by Unearthed, a Greenpeace-sponsored media outlet in the United Kingdom, the country has injected more than $785 million into 16 oil and gas projects in Africa. For the environmental protection NGO, this is a paradoxical investment in the climate commitments of a country that will have to host the next UN climate conference, COP26.

Unearthed, a media outlet sponsored by Greenpeace in the United Kingdom, accuses the country of having betrayed its climate commitments on the African continent. In an investigation published on the 13th of April 2020, the media corporation affiliated to the international environmental NGO revealed that the United Kingdom, through the government’s development finance institution (CDC Group), is said to have invested more than $785 million (£623 million) in 14 different intermediary investment funds, which in turn are said to have invested some of this money in 16 oil and gas projects in Africa and another in South East Asia.

With regard to Africa, the investigation states that the UK aid money includes two Texas-based oil companies operating in West Africa, a Qatari oil and gas company with interests in Africa and a Canadian oil company working in South Africa.

According to Unearthed, some of the investments date back to 2007. The latest investment, however, was reportedly made in March 2018 in a company specializing in oil and gas services and transportation, particularly in Uganda.

Of the 14 investment funds, 13 are reportedly domiciled in tax havens or countries with particularly advantageous tax regimes. Among the companies benefiting from CDC investments is Kosmos Energy, whose Ghanaian subsidiary is involved in offshore oil exploration. This investment would have been made in 2014. The institution would also hold shares in two companies operating in Nigeria: Vertex Energy, a Texas-based company that refines oil for the petrochemical industry, and the Lagos-based Broron oil and gas company, which has an office in Houston.

According to Unearthed, CDC also holds assets, dating from 2007, in Sphere Petroleum QSC, a Qatari company that specializes in oil and gas exploration in West and North Africa and the Middle East. The public funds were also reportedly invested in Africa Oil Corp, a company based in British Columbia, Canada, which has oil licenses throughout Africa. CDC’s investment would be used, among other things, to support the company’s operations in South Africa and would have been made for the first time in 2014.

“Rather than using millions of aid funds to exacerbate the climate emergency, the UK government should support the transition from fossil fuels to renewable energy, which can provide affordable and reliable electricity to millions of people in developing countries who do not have access to it. Especially as these nations are already the most exposed to the effects of climate change, even though they are the least polluting,” Rebecca Newsom, head of the policy department at Greenpeace UK, told colleagues at the Independent, a British online media group.

Greenpeace’s revelations about British investment in fossil fuels are all the more worrying as the country prepares to host the next United Nations Framework Convention on Climate Change in spring 2021. For this reason, Greenpeace demands an immediate moratorium.

CDC-Group was originally set up by the Labour government after the Second World War to assist the British colonies in the development of agriculture, and its initials stood for the Colonial Development Corporation. The institution was renamed the Commonwealth Development Corporation in 1963 and is now wholly owned by the state, which oversees its operation through the Department for International Development (DFID). Since 2011, CDC has focused on the emerging markets of South Asia and Africa.

In response to the Greenpeace report, a spokesperson for the DFID told columns in the local newspaper Inews that the UK government is taking urgent action to tackle climate change, including doubling its investments in developing countries. He also said that since 2011, UK aid has reduced global greenhouse gas emissions by 16 million tons.

Meanwhile, a CDC spokesperson was quoted in Unearthed as saying that even if these investments were “historic” and did not reflect “the group’s current investment priorities”, DCC would not divest itself of its fossil fuel investments because it would “represent a poor return for the taxpayer’s money”….