Homepage » AFRICA: Uber and Opibus to roll out 3,000 electric motorcycles by 2022 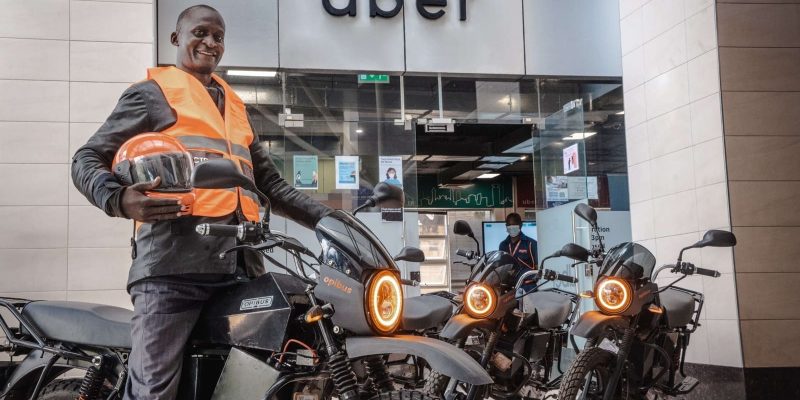 Swedish-Kenyan electric vehicle developer Opibus will deploy 3,000 of its electric motorcycles in collaboration with U.S. mobility giant Uber. The project aims to create a sustainable ecosystem for transportation in Africa by 2022.

U.S.-based Uber is collaborating with Stockholm, Sweden and Nairobi, Kenya-based startup Opibus to deploy 3,000 electric motorcycles in the African market starting in 2022. Opibus, as a developer of electric vehicles will supply the two-wheeled machines and Uber will put them on the road through its apps marketed in more than 310 cities around the world. The U.S. company is also financing the entire project.

According to Mikael Gånge, Opibus’ co-founder and sales director, the project will allow the Swedish-Kenyan start-up to increase production to meet the high demand for locally designed electric motorcycles on the African continent. With good emission control efficiency rather than the petroleum engine, the electric motor would reduce pollution risks even though the electrons would be 100% coal generated.

In Kenya, some 1.6 million registered motorcycles still run on gasoline, which is the source of CO2 emissions into the environment. The combustion of one liter of gasoline is estimated to produce an average of 2.3 kg of CO2 (ed. note). The collaboration between Opibus and Uber supports the efforts of the Kenyan government, which is increasingly relying on renewable energy to reduce its CO2 emissions, which are largely responsible for climate change.

In 2021 at COP 26 in Glasgow, Opibus raised nearly $7.5 million to begin production of electric vehicles in 2022 in East Africa. The startup’s electric motorcycles are equipped with built-in batteries. Several other electric mobility companies operate in Kenya, including Drive Electric, which in addition to renting electric vehicles offers charging station installation services. NopeaRide follows the same logic by offering electric vehicles with drivers on the transport market.