Homepage » AFRICA: Towards strengthening the protection of the Mount Nimba Reserve

AFRICA: Towards strengthening the protection of the Mount Nimba Reserve 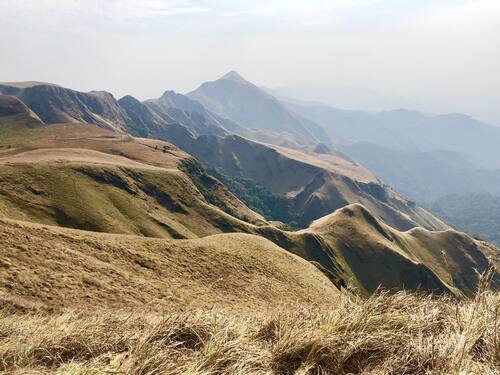 The Mount Nimba Strict Nature Reserve (RIMN), which stretches across Ivory Coast, Guinea and Liberia, is in an advanced state of degradation. This situation has prompted UNESCO (United Nations Educational, Scientific and Cultural Organisation) to include it on its list of World Heritage in Danger. Faced with the emergency, the governments of these West African countries have decided to take the bull by the horns by proposing a crisis exit plan.

A true biodiversity hotspot in 1992, the Mount Nimba Strict Nature Reserve (RIMN) has today become a shadow of its former self due to harmful human actions such as mining, agricultural encroachment, deforestation and poaching. This situation has forced UNESCO (United Nations Educational, Scientific and Cultural Organisation) to include the reserve on the list of world heritage in danger, thus reducing the multifaceted support of international organisations for the protected area.

In its firm will to protect the RIMN, UNESCO has asked Ivory Coast, Guinea and Liberia, the countries that share the reserve, to find strategies to stop its degradation. Thus, on 12th and 13th, January 2021, the governments of these West African countries carried out work, the results of which are recorded in a document sent to UNESCO. The organisation will have to find the adequate means to implement the defined strategies.

“It is up to all of us to raise awareness in our communities about the protection of the RIMN, while at the same time enacting laws and rules to defeat the recalcitrant who are degrading the biodiversity area,” says Papa Cece Diop, commander of Cegens, the organisation in charge of protecting Guinea’s protected areas. Problems such as insufficient management capacity, lack of resources, and poor cross-border cooperation will have to be resolved.

Before the harmful action of Man, the RIMN had “an originality and a diversity of animal and plant populations of the most remarkable, not only for West Africa, but also at the level of the entire African continent,” says UNESCO. In particular, there were endangered species such as the Mount Nimba Micropotamogale (Micropotamogale lamottei), the Mount Nimba viviparous toad (Nimbaphrynoides occidentalis) and chimpanzees using stones as tools.

“The 17,540-hectare protected area is also one of the only sites in the Gulf of Guinea with a high potential for endemism. The great diversity of habitats in the reserve with its numerous niches provides shelter for more than 317 species of vertebrates, 107 of which are mammals, and more than 2,500 species of invertebrates with a high rate of endemism,” UNESCO reports.