Homepage » AFRICA: Towards a coal and radiation-free kitchen with the Steamways cooker

AFRICA: Towards a coal and radiation-free kitchen with the Steamways cooker 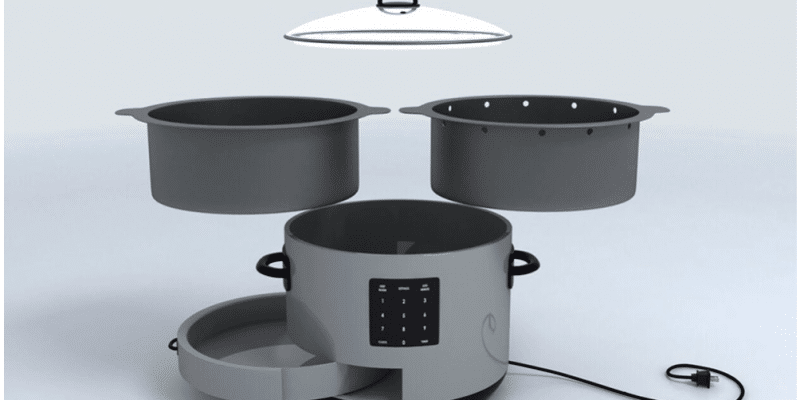 Jallis Ametepe, a native Beninese living in the United States has just set up a new variety of ovens called Steamways. This device makes it possible to cook food using solar energy, without producing radiation. A real revolution for households all over the world.

Recent statistics from the Organisation for Economic Co-operation and Development (OECD) show that nearly 2.5 billion people in developing countries use firewood, charcoal, agricultural waste and animal dung (all biomass) to meet their cooking energy needs. This situation is not without risks, because if nothing is done, the number of people who depend on biomass will exceed 2.7 billion in 2030, according to the same source. Indeed, biomass accounts for over 90% of household energy consumption in several countries.

The solution to this problem may lie in the hands of a 29-year-old Beninese man. This young computer scientist has just completed the design phase of the oven. An appliance that will use steam only to cook or reheat food (which de facto will not come in direct contact with heat). “Steamways is equipped with a hot plate which gives the possibility to boil water whose steam is then transmitted to food by a colander. This allows us to collect as much steam as possible in the jar to facilitate the total and quick cooking of the food,” explains Jallis Ametepe.

Steamways has three characteristics: it allows heating meals while maintaining their flavour and without drying them out, it does not produce radiation, it has a renewable energy source, solar energy converted into electricity via an integrated photovoltaic panel. But it can also be connected to the conventional electricity grid. A real weapon to promote the protection of the environment, because the cooker will reduce the consumption of biomass.

Jallis Ametepe’s find will be on the market by the end of 2018. According to his forecasts, the cooker will be available in three sizes, prices varying between 33 and 1 500 dollars.